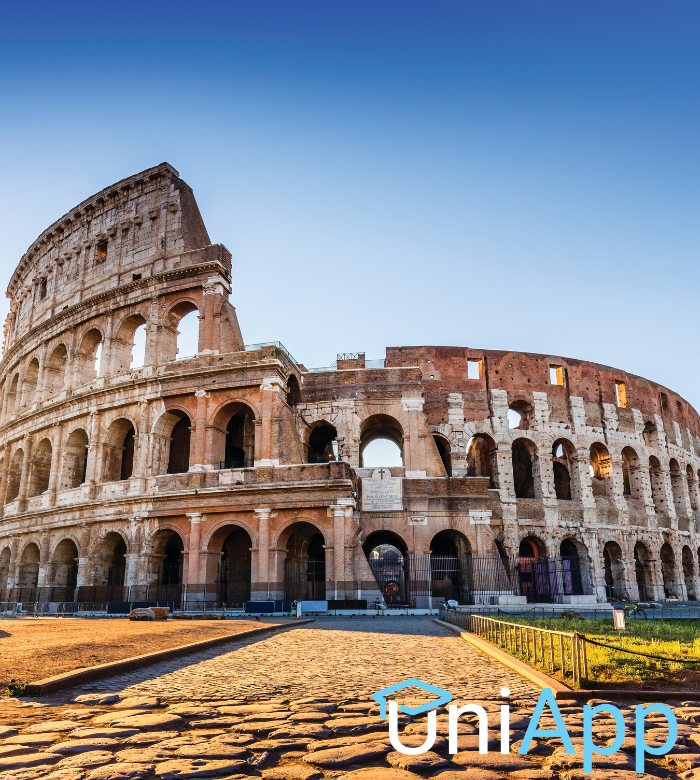 If there’s one aspect of a university education that has always interested people in it, it was the idea of studying abroad. Theoretically, this should be done with the idea that the country you’re travelling to will give you a better education first in mind. And while, yes, that is the case for some, especially for those who come from a third world country, you’d be lying to yourself if the concept didn’t have an appeal outside of studying. To see a new country, indulge in their culture, taste their food, observe their peoples and history-you can’t deny that that is in of itself a wildly interesting experience, even though it has little to nothing to do with studying.

Now, there’s a lot of great countries one can choose to study abroad-the United States, the United Kingdom, Spain and so on. However, none of this concerns this article. As you could have probably guessed from the title, we’ll be focusing on master’s degrees for students who want to study in Italy. By the time you’re done reading, you will be clamoring to go study a master’s degree in Italy.

10 Reasons to study in Italy Here are some reasons why you might choose to study in Italy:

There are many reasons as to why a person would pick up a new language. Some want it for practical reasons-they want to list it on their CVs to improve their status on the job market, or they want to learn the language of the country they’re working in. Others want to do so purely for recreational reasons or out of love and interest for the country whose language they’re studying. Some just want to impress women with the fact that they’re bilingual (you know who you are). Whatever the case, if you’re planning to learn the Italian language then, unsurprisingly, studying in Italy will help you immensely in that department. Interacting with Italian people on a daily basis as well as reading their works (Dante, Machiavelli) in their original language should really boost and reinforce the rate at which you learn Italian.

I know that most countries have had their spotlight in the thousands of years we’ve been on this planet, so all of them are bound to have some interesting history tied to them. However, few of them have a history as encompassing as those of Italy. They’ve seem to got it all in terms of time periods. Interested in the Hellenic Age? The Roman Empire. Interested in the Medieval Era? The birth of Renaissance. Interested in the 1900s? The remnants of fascism and World War II. And they have the buildings to prove it, too. Sicily still has the ruins of Greek amphitheaters, Siena has the oldest bank in existence (Monte di Paschi) and Rome is….well, it’s Rome. Overall, if you want to brush up on your history during your education, Italy is the ideal choice.

You do remember that you’re studying abroad mainly for the educational benefits, right? Well, Italy does deliver in that department as well and it does so pretty well. Possessing some of the oldest universities in the known world as well as inventing the Bologna Process (standard of higher education in Europe), you can rest well that Italy will deliver you a high quality education. Those intending to study economics in particular will be pleasantly surprised to know that it’s one of the most popular major choices in the country.

This mainly applies to those of the Catholic faith, who will have numerous sites to visit which are attributed to various saints if they ever choose to make the pilgrimage as well as ample opportunity to practice their faith, given that it’s the majority in Italy. However, those who don’t follow that branch of Christianity (or Christianity in general) can still get some value out of this, as the churches can still inspire awe in you with their intricate designs. For those with concerns that they might face discrimination due to their religious beliefs, you’ll face no more of it here than you would anywhere else in Europe-just don’t wear it on your sleeve too much and you should be fine.

Italy has been commonly referred to as a beautiful country, and it shows. From the Alps to the countryside of Tuscany all the way to the numerous islands which dot the Mediterranean and Adriatic Sea. You have homes built into cliffs along the coasts and white sandy beaches. It’s a pretty country for sure.

Given that this is one of the biggest stereotypes for the Italian people, I’d like to imagine that they’d at least be somewhat good in the food and wine department. Italy has amazing food and wine throughout the country and often at a reasonable price. Fresh in season and local produce dominate the menus and even the cheapest wine is better than wines elsewhere.

Being a Mediterranean country, Italy is more blessed in the weather department than the other countries. The sky is always blue, the sun is always shining yet it never gets too the point where it becomes uncomfortably hot-it always maintains that pleasant sensation of being moderately warm. If you’re ever feeling bogged down from all the studies, taking a walk on the streets or the beaches in this weather is sure to instantly perk you up.

Those intending to study architecture can really find no better place than Italy. With access to countless original works and buildings that have survived hundreds of years of Italian history, students will never run out of inspiration. Those intending to study fashion are also in luck as the country is home to many a fashion brand including:

If you’re as passionate about soccer as the Italians are, then the place will become your second home. They are very much into the sport, especially when the World Cup rolls around. Attend the games, learn the songs and the chants, study the team players and their bios and you’ll surely be caught up in the frenzy.

In typical Mediterranean style, the Italians are very warm and hospitable when it comes to visitors. Do not underestimate the value of this, as culture shock can be quite severe, especially when you stay in a country where you feel resented by the locals. However, as long as you respect and appreciate their customs and values, their outgoing nature will also help you to make friends and make you feel a bit more comfortable in this new country.

And there you have it-a few of the reasons you should consider studying in Italy. If you have any more inquiries about studying abroad, or just studying at universities in general, be sure to check out UniApp.