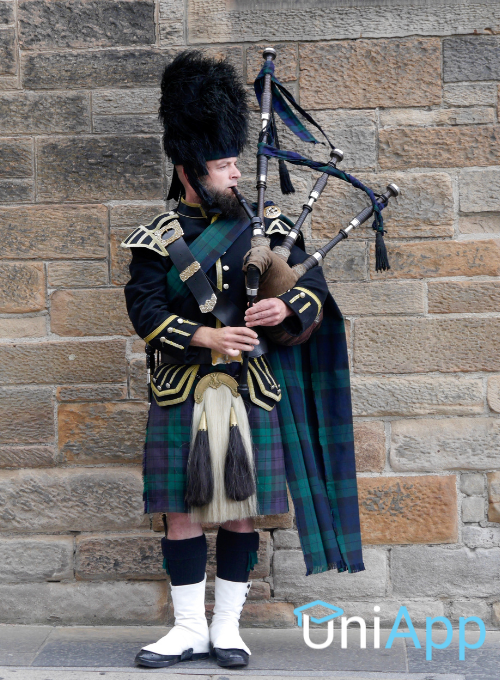 There are numerous reasons to study in Scotland though Scotland is a country that you might know from the movie “Braveheart” and might not know much else about it. Located above England in the United Kingdom, Scotland is a study destination that not many students consider. However, the country has many awesome universities and many years of teaching students excellent curriculums in many study fields.

If you’re looking for a sign to find a unique one of the top study destinations, here it is! In this article, we will discuss 11 charming reasons to study in the Land of the Scots that will truly make it gain it’s place on your list of study abroad destinations.

Here are 11 charming reasons why you should choose to study in Scotland when pursuing your master’s degree:

The first reason to study in the United Kingdom in a country like Scotland is the history the country has for providing great education to students. Scottish universities have been teaching students since the 15 century.  Some of the oldest universities in the world are in Scotland, making it one of the major reasons to study in Scotland.

And after all this time, they’re still offering excellent education. They are also giving students the chance to conduct research that can really change the world. Not bad for a small country above England that not many people know is a great study destination.

If you choose to study in Scotland, you’ll be among great company. Some alumni of Scottish Universities include Sherlock Holmes’ creator Arthur Conan Doyle. Others include Charles Darwin, economist Adam Smith and Sir Chris Hoy who won a gold medal in the Olympics.

Read more: Everything you need to know about studying in Scotland in 2023

Another of the reasons to study in Scotland is the unique campuses that are there. Especially when it comes to the new Universities, they don’t have the typical university buildings for their campuses.  Archaeological sites on Orkney, marine centres in Shetland and Argyll have become university campuses so students can get a hands-on experience with what they are learning.

There’s also been an increase in educational technology so that universities can teach students using the most high technology techniques. This means that materials can be found online or there are some classes that use video conferencing and other forms of technology to make the course more modern.

Scottish universities producing great research is another one of the reasons to study in Scotland. They are known for producing great research, with some of it being world-leading. Some of this great research produced is discoveries like MRI scanners and keyhole surgery. Students can also be involved in developing video games, estimating earthquake risks and finding new discoveries in quantum mechanics. In fact, Scottish universities produce about 10,000 academic papers per Scottish citizen, a number higher than anywhere else in the world.

An example of the universities that have produced great research is the University of Edinburgh, which is a Russel Group member and ranks in the top research universities worldwide if you want to study a master’s degree. This research is especially in the field of medicine and healthcare. Some of the newest projects include focusing on the causes of blindness in children.

Read more: What are the Top 10 Universities to Transfer to Medicine?

Although this might not be clear from Braveheart, Scottish people are some of the most friendly worldwide. This is also one of the reasons to study in Scotland. Scotland is a welcoming and warm place to study, with Scots being happy to help international students settle in and give them advice about the best places to eat and drink.

Many international students study in Scotland, with more than 20 per cent of students in Scottish universities coming from international countries. That means you’ll never feel alone or like a stranger. There are also many student associations to help you settle in and socialise in Scotland.

The big international student community is yet another example of the reasons to study in Scotland, connected to the previous point. The National Union of Students helps support international students so that they always have someone to reach out to or give them a contact that can help them out. These help you to avoid discrimination and let people feel at home.

Students pay living costs that are reasonable, ranging from 700 to 1,000 GBP a month. Glasgow may be a bit on the expensive side, but how much you’ll pay depends on your lifestyle and the type of accommodation you choose to live in.

Scotland has a wonderful history and rich culture with many castles scattered throughout it that are open to visitors. If you go during a Historic Scotland event, you can even visit them for free. There are also groups that reenact how life at the castle was like many years ago so you can see how life really was. Some of the most notable historical places to visit are Edinburgh Castle, The Urquhart Castle (which relates to the legend of Loch Ness), The Rosslyn Chapel, the Mull of Galloway and Luskentyre Beach. If you love history, then this can be one of the major reasons to study in Scotland!

Scotland also has more than 250 museums and 100 art galleries, including Kelvingrove Art gallery, which has amazing works by Salvador Dali, among many other artists. If you are going to study medicine, you can also head to the famous  Surgeons’ Hall Museum, which prepares medical students for more graphic aspects of medical school. It’s full of anatomical specimens kept in jars, such as cancerous moles and others. What a great one of the reasons to study in Scotland!

Another top example of the reasons to study in Scotland is the beautiful landscapes. If you love to hike, you can hike the highest mountain in the UK, “Ben Nevis”. You can also spend the day relaxing at the stunning beaches or beautiful Lochs. The most famous one is Loch Ness, which is known for the sightings of the mythical Loch Ness Monster. Scotland is also perfect for astronomers or students of astrophysics, ad it has some of the biggest dark skies in Europe.

For example, you can visit Forest Park, which is a ‘gold tier’ Dark Sky Park with no light pollution and stunning views of the sky. There, you’ll be able to see many stars, distant planets and even meteors. You might even get the chance to see the Northern lights in some parts of Scotland!

If you want to study a master’s in technology, you should really consider studying in Scotland. This is especially the case if you are a woman, as the Scottish Minister of Education recently created a new initiative to help more women study technology and get into the field. What a great example of reasons to study in Scotland. This is to counter the gender imbalance in STEM subjects and create equal opportunities.

Scotland is aiming to increase graduates of universities with around 13,000 extra graduates to meet the demands of the Scottish technological industries, so if you want to study a degree in technology, choosing to study in Scotland is the way to go.

Finally, a top one of the reasons to study for your master’s degree in Scotland is the skills-based learning approach that is used in Scottish universities. These universities put a big focus on giving students the skills needed to excel in the work field after graduation. Schools aim to keep classes small and give students a lot of one-to-one time with professors. This means they’ll get an excellent education and fill any gaps in knowledge that they may have.

Science and medicine students have mandatory lab time that starts from the first term, while business and tourism students have work placements to apply their theoretical knowledge practically. This approach helps students have a smooth transition into challenging job roles after graduation.

Cost of studying in Scotland for international students

If you want to study in Scotland, you’ll probably be interested in how much it will cost you to do so. The cost of paying tuition in Scotland for university differs based on your status. If you are a home student coming from Scotland, you’ll pay around 2,000 GBP a year if you will study an undergraduate program, but this is usually covered for you by the Scottish government. If you study a program at the graduate level, you’ll pay somewhere between 5,000 and 15,000 GBP a year. Though this might not be one of the reasons to study in Scotland as it’s a bit pricey, the quality of education can make up for it!

Best courses to study in Scotland

Choosing to study computer science is also a great idea because, in Scotland, like everywhere else in the world today, they are focusing on expanding the field of Big Data, an area of Computer Science. If you study for this degree, you’ll be able to land a job in most countries after you graduate easily, not only in Scotland.

Health Science is another popular course to study in Scotland as the field of medical technology is surging there. The demand for health workers is expanding in the country, so choosing to study this degree guarantees you’ll find a job after graduation. You could work in businesses like hospitals, rehab clinics, nursing homes and nurseries, as well as at many other locations.

Finally, choosing to study education in Scotland is also one of the top degrees as it’s in high demand there. They don’t have enough teachers and, therefore, welcome any foreigners who can add educators to the country. You’ll be able to make a difference in the educational landscape of Scotland truly.

From the great universities to the unique culture and friendly people, the reasons to study in Scotland are endless. Although it’s not a very well-known study destination, international students are many in number there, and all have had positive experiences when studying at Scottish universities. They also have a deep focus on skills-based learning, so if you like to learn through doing, you should give the Land of The Scots a real chance when looking for a master’s degree destination. If you still don’t know if you want to pursue a master’s degree or if you don’t know which study destination you want to study at, UniApp can give you the boost you need to go in the right direction.

5 Best English-Taught Universities in Spain in 2023

9 Intriguing reasons to study in Ireland