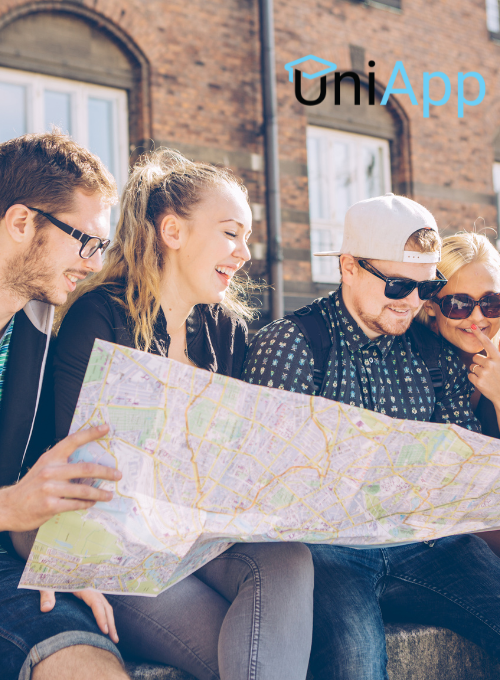 Study in Europe is one of the most popular study destinations for international students. The old continent’s universities have become a magnet for anyone looking to Study in Europe. The cultural heritage, quality of life, and ease of movement between European cities make Europe more appealing to international students. The study in Euporie is popular destination for students from all over the world. Europe consists of 43 European countries as well as 7 Eurasian countries (countries with parts in Europe and parts in Asia). The population of Europe is 748 million people, and despite being the world’s second smallest continent, it has attracted the greatest number of international students to study at its universities. But why do students prefer studying in Europe over studying anywhere else? Here are some of the reasons why Europe should be your first choice for study.

Read more: How to apply for Student Visa in the US? Europe has a long history of world-leading higher education, Europe is home to many of the oldest and most prestigious universities in the world, and annually many European cities rank among the world’s most exciting and attractive student cities. Undoubtedly, European countries and their universities are of course very different in terms of: language of instruction, lifestyle and cost of living. However, most European universities are working to standardize their degree systems. For students from European countries, choosing to study abroad is relatively simple, with tuition fees charged at local rates and no visa requirements, while non-EU students need to pay higher costs and visa procedures. Below we review the most important information relate to study in Europe,countries, including the cost of living, the study visa and other important points.

Reasons why you should study in Europe

Many universities compete to attract the greatest number of students, particularly from European Union countries, which had 1.3 million international students enrolled in undergraduate studies in 2018. It is no surprise that Europe has 20 of the world’s top 60 universities, according to assessments and statistics for the year 2021. This is in addition to the availability of opportunities to study a wide range of subjects.

Most European countries are characterized by granting university graduates a period of residency, allowing graduates to seek employment within their borders. However, what distinguishes European Union residency from that of the rest of Europe is that European Union residency includes all of the Union’s countries, resulting in more job opportunities. Each country varies in the length of residency granted to university graduates; for example, most European Union countries grant a 12-month stay to look for work, whereas Germany grants an 18-month stay. Students are always perplexed when comparing European universities because of the various assessment criteria for students, as well as the ongoing efforts of countries and universities to overcome obstacles and provide suitable opportunities for students with varying needs. Regardless of which university you attend, the decision to study in Europe will change the course of your life.

It is the most important factor in determining the best university and country to study in based on each student’s social and financial circumstances. However, Europe’s large number of universities has allowed for variation in university and living costs. For example, the average cost of housing and living for international students in Lithuania is around 350 euros per month, making it one of the most affordable places to live in Europe.

Tourism has become an almost essential factor in deciding which countries to study in, so many countries work hard to highlight their tourist attractions and scenic landscapes in order to attract students’ attention. This is not difficult because the majority of European countries have distinct cultural and tourist attractions.

The cultural background of the host country for that university is one of the criteria for selecting the appropriate university for study. This is one of Europe’s advantages, as each country has its own distinct cultural heritage, making it a popular destination for those interested in those cultures, such as:

Germany is one of the top study destinations chosen by international students globally, the third to be exact. Germany is a country renowned for its world-class education and bubbling with culture and great experiences. Germans are known as being disciplined, well versed and highly intelligent. This makes a lot of sense, seeing as the first book ever was printed in Germany, and the first magazine in the world was also created in Germany in 1663.

Students flock to the country, wanting to experience this thrilling and enriching experience. The culture is also fascinating to immerse yourself in. A compelling fact is that 65 per cent of the highways in Germany have no speed limit, so they depend on the driver’s responsibility to decide how fast to go.

Belgium has a long history of exporting some of its greatest cultural achievements, particularly caricatures and comics. It has long been a pioneering country in the world, as has Belgian folklore, which is an important part of Belgian culture and is visible today in a number of festivals and carnivals across the country. Belgian culture was one of the main reasons that international students attended its university, accounting for 10% of its undergraduate students.

Austria’s cities and architecture are important components of its cultural identity, with the historic cores of Salzburg and Vienna designated as World Heritage Sites. Indeed, Vienna’s old streets and cityscapes play an important role in some modernist works of Austrian literature, and buildings such as Vienna’s Stephansdom Cathedral or the castles of Schloss Schönbrunn and Burg Kreuzenstein bear witness to Austria’s rich and varied history. This heritage created its own magic, attracting over 100,000 male and female students from all over the world to study in its universities in 2017, accounting for 27.6 percent of all university students.

Czech culture pervades the country, particularly in Prague, the historic city center designated as a UNESCO World Heritage Site. The city is well-known for its stunning architecture, thriving art scene, and delicious cuisine. When compared to other European countries such as Italy and France, the Czech Republic may not come to mind as a gastronomic paradise, but its cuisine has a lot to offer.

In recent years, its hearty, meat-based dishes and warm soups have helped to raise the bar in Eastern European cooking. This is reflected in the variety of elegant and luxurious restaurants available. This could be one of the reasons why international students choose to study in the Czech Republic. In 2018, they accounted for 15% of all students enrolled in Czech universities. Prague and Brno, the country’s two largest cities and home to the country’s two largest universities, are among Europe’s most appealing and popular student destinations.

Malta is one of the world’s smallest countries, but it has nine UNESCO World Heritage Sites, including the entire city-state of Valletta. Maltese culture reflects a wide range of other cultures that came into contact with the island during its history, after it was ruled by the Phoenicians, Greeks, and Arabs. This cultural melting pot is reflected in its stunning architecture, as well as the National Museum of Fine Arts in the Rococo Palace. Malta’s culture is unparalleled due to its unique blend of beauty and influence. The European Union distinguishes itself from the rest of Europe by allowing free movement between its countries without the need for an entry visa to the rest of the Union, which makes studying in Europe the first choice for students looking to study in Europe.

Read more: How to apply for Study Visa in Germany

In the end, these were the most important reasons that you should keep in mind when thinking about studying in Europe and If you want to study in Europe, apply using the Uniapp online application form and find the best bachelors and masters from top Universities in Europe!

How to Apply for a Study Visa in Australia