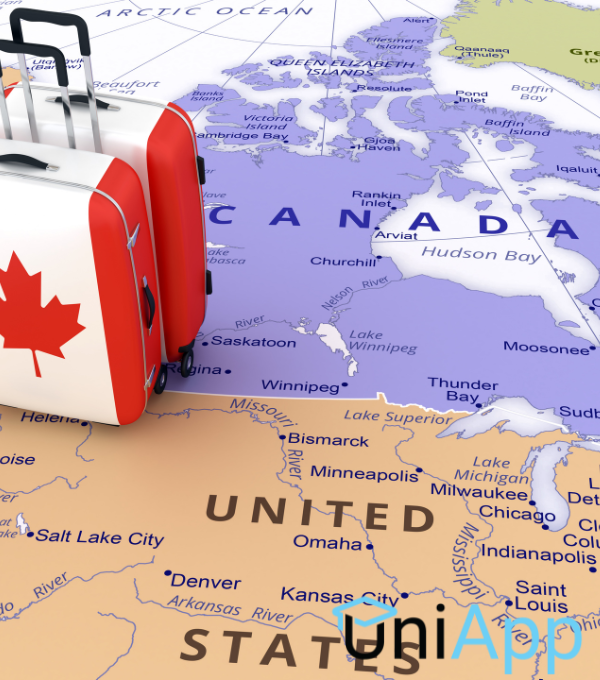 Raphael is an Italian student who, after going through school, is looking to pursue his higher education abroad in order to learn independence skills and see more of the world. After doing some research into countries, he decides that he wants to study in Canada. However, there’s one problem-he doesn’t know the first thing about how to go there. Determined, he decides to set out on the internet to find out how to make his dream of studying in Canada a reality.

In this article, we will specifically be talking about a single aspect of travelling to Canada-acquiring a visa. While there are many types of vias, both temporary and permanent, the one we will be looking at in question is the student visa.

When should I apply for the visa?

Raphael needed a good place to start his research, so he went with the question that seemed the most obvious to him: “When should I get the visa?” After all, there’s no point in acquiring all this knowledge on how to get it when you mess up something as basic as the timing of it.

There’s a lot of confusion surrounding this question, but generally speaking it is best to apply for a student visa after you get the acceptance letter for a Canadian college-doesn’t make sense to apply for one if you don’t even have a chance of getting into their education system. The application process itself should begin three months before the beginning of the semester-so on June if you’re planning on entering in September (fall semester) and November if you’re planning on entering  in February (spring semester). How much time will I need to wait to get a visa appointment?

Raphael paced around the room, his mind a ball of anxiety and nervousness. He had done all his research, he had gotten all the stuff he needed for his appointment-his passports, new and old, his copy of his appointment reservation, his negative COVID-19 test. He was just hoping that he wouldn’t be rejected after all of the work he went through.

Much like trying to get one in America, there really is no set answer to this question. It could be three days, could be three months, could be even longer than that. The COVID-19 situation has made things especially harder all around as the process is now slower due to them having to meticulously check that no potential client is infected with the disease. On the plus side, those looking to study an online degree will have an easier time of it-the application process is a lot easier when you do not have to physically move to the country.

Read more: How to Apply for a Student Visa in the U.S.?

How much time will the process take?

Raphael walked out of the room. He checked his belongings. Passport? Check. ID? Check. Finger readings? Check. Given all the anxiety he had about the affairs, it all ended up to be rather anti-climactic; they just looked at his ID and took his fingerprints before sending him on his merry way. Getting into his car, he drove away from the embassay hoping that he would be rewarded for all this running around and worrying.

Similar to the first question, the amount of time the process takes isn’t a set number. This is why most people usually apply three months beforehand; to make sure that the department responsible for the visas have ample time to hand them out before the semester starts. That being said, there are websites which can help you estimate the time it will take for your visa to come out depending on your circumstances. For example, Raphael is an Italian resident who is looking to get a temporary visa from outside the country. Given all of this, the average time it will take for him to receive his visa is 65 days.

Do I need to go in person to the embassy or consulate?

Usually, yes. Depending on the circumstances you might get away with having an online interview but generally they’ll want to take things such as your picture or fingerprints which will require your physical presence. If you’re talking about just booking the appointment to get the visa, that is something which you can probably do online but the actual application itself will most likely be face-to-face.

Read more: How to Apply for a Student Visa in Germany?

What is the visa approval rate?

Raphael made a return visit to the Visa Application Centre, this time giddy with excitement. It seemed that all of his hard work had paid off-the department had seen it fit to give him a student visa. Given some of the stuff he’d heard about the acceptance rates, he was rather nervous for a long while before being told that his application got accepted. Filled with equal amounts of relief and excitement, he went in and grabbed his visa.

The acceptance rate for student visas in Canada is very competitive-only 51% of the total applications were accepted, though there was a dip in the amount due to circumstances such as the pandemic and the travel restrictions that came along with it. There are several factors which go into whether your application is accepted or not, including:

Is there a way to speed up the process?

Raphael waved to his family as he went deeper into the airport. With both a student visa and a handsome scholarship to a prestigious Canadian university it seemed that he was on the right track to study computer science. Granted, a 20 year old man who’d been living with his family for most of his life is going to have some difficulties adjusting to the new lifestyle but that’s all part of the challenges of life.

There are several methods one can use to speed up the process if they happen to be short on time. This includes filing an expedited request to the department, filing under a premium processing service if you have the money for it, or wait for the people with power to make changes such as reshuffling the process. Beyond those three, though, not much else is known about speeding it up. Best you can do is go in early and wait.

And that’s it for the process. If you still have some questions in regards to applying for a study visa (or just studies in general), you can always find some answers at UniApp.

How to apply for Study Visa in Germany