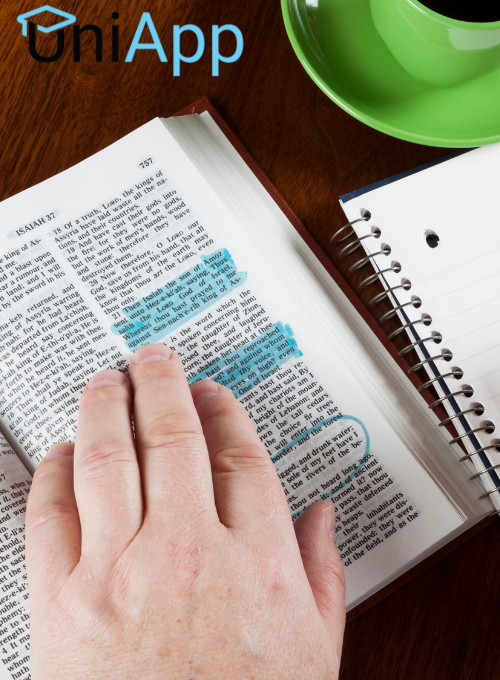 Do you want to study in Greece, the cradle of academic education, or as it is said in ancient Greek (Akadēmía)? This Mediterranean country is widely known for its intellectual quality to which many Western cultures owe including philosophy, linguistics, culture, law, society, beliefs, and systems. The principles of individualism, freedom, democracy and government, all have roots that go back to the great thinkers of the ancient Greek civilization, whose ideas are still discussed and circulated to this day. UniApp can help make your choice easier. here are some of the reasons why you should Study in Greece in 2023.

Read more: Why Study a Master’s in Data Science in Germany in 2023 why to study in Greece?

If so, there are multiple reasons why you should make up your mind and go ahead. There are many reasons why students should study in Greece. In this article, we will sum up seven of these reasons.

There are more than 20 universities in Greece, spreading over several regions throughout the country. All of them are affiliated with the government. Education is mainly in Greek. But there are some specialized study programs available in other languages (mostly in English) at the undergraduate and graduate levels.

The National Technical University of Athens

This university is Greece’s highest-ranked university, and it is ranked 376th in the world, up from 450th the previous year. This university, founded in 1837, is one of the oldest Study in Greece. It now has around 10,000 students, the majority of whom are enrolled in five-year programs leading to a diploma equivalent to a master’s degree in science or engineering. The university is organized in accordance with the continental European system for training engineers, with a focus on solid foundations. The duration of courses leading to a Diploma, constituting an Integrated Master’s degree, after the acquisition of 300 credit units/ECTS is five years.

This institution is ranked 501 in the world. Its two buildings are located on Crete, the largest and most popular Greek island: one in Heraklion, the administrative capital of Crete, and the other in Rethymno, an ancient Minoan city. This university, established in 1973, has grown rapidly and now has approximately 18,500 students spread across its five faculties. It also partakes in numerous educational and student exchange programs, such as Erasmus, Lingua, and Tempus, and owns a number of partner universities around the world.

This is Greece’s largest university and one of the largest in Eastern Europe. Its main building is in the heart of Thessaloniki, Greece’s second-largest city and a popular tourist destination. It was founded in 1925. It’s also named after the famous Greek philosopher Aristotle, who was born nearby. It offers undergraduate and graduate programs in a variety of fields, with the majority of courses taught in Greek. According to the QS World University Rankings, this university is ranked 470.

Study in Greece and Living in this country is less expensive than in other European countries. Housing costs range from 90 to 350 euros, depending on the student’s preferences. It will cost him money to live in university housing (90-150 euros per month). If he or she wishes to live independently, the monthly rent will range between 150 and 350 euros. In terms of living expenses, a budget of 200-300 euros is considered adequate for meeting basic needs and living a full life.

In Greece, education is affordable to mostly all students. Students coming from EU and EEA nations usually don’t pay tuition at Greek public universities, with the exception of a few Master’s programs. All other international students must pay tuition fees ranging from 1,500 to 9,000 EUR per year, which includes textbooks for the selected courses. Great anthologies, novels, and other types of books are lent or even given to students for their personal use. The University of Thessaloniki provides hot meals twice a day and free gym access to all students.

Greece is a word synonymous with civilization and millennia-old history. Landmarks in Greece are too many to count. They are formidable, too. The country offers many attractions for visitors to enjoy, including a Mediterranean climate, fascinating historical sites, beautiful beaches and islands, a vibrant nightlife, and delectable cuisine – all at reasonable prices. If you study in Athens, you will be one step away from magnificent monuments such as the Temple of Olympian Zeus, The Parthenon, The Acropolis, and Mount Olympus, and in Thessaloniki, you will be one step away from the Byzantine city walls, the Heptapyrgion castle, the Ottoman White Tower, and a lot of mind-blowing sites.

Most Greek universities have university restaurants where students can eat two full meals a day for free using a card (feeding card). Students can apply for a transportation card within the same city and save up to 50%. Under the university card, students also receive 15-20% discounts on intercity transportation, whether buses or trains. With a university card, students can visit archaeological sites (such as the Acropolis in ancient Athens) for free. There are also student discounts on cinemas and sports clubs.

Reasons to study in Greece could make up a long list. But one of the major reasons why you as a student should go to Greece is food. It’s not a joke. Food there is amazingly great. Tsatsiki, feta, olives, and gyros are popular Greek dishes, as are tsipuro, metaxa, retsina, and ouzo. Greeks have long life spans on average, which is partly due to their diet. In a nutshell, food in Greece is great and tasteful. It’s an experience that every student should go through.

Specializations unique to only Greece

Greece is of course the cradle of subjects like philosophy and logic. It’s one of the reasons you should go there, a one more reason. That’s since Greece is home to Plato, Socrates and Aristotle. Hence, it’s the best place if you want to study philosophy. In Greece, students can yet study architecture, medicine, politics and history. All such specializations can be taught the best way only in one place: Greece. Greece was also a major influence on early scientific concepts, and the majority of symbols used in physics and math equations are derived from the Greek alphabet. Pythagoras, another Greek, discovered the first known mathematical formula.

To sum up, Greece is a great country, with great landmarks, history, food, educational system and atmosphere of living. The lucky students will come to grips with the reasons to study in Greece, making up their minds and starting such a great trip.

Pros and Cons of a Masters Abroad