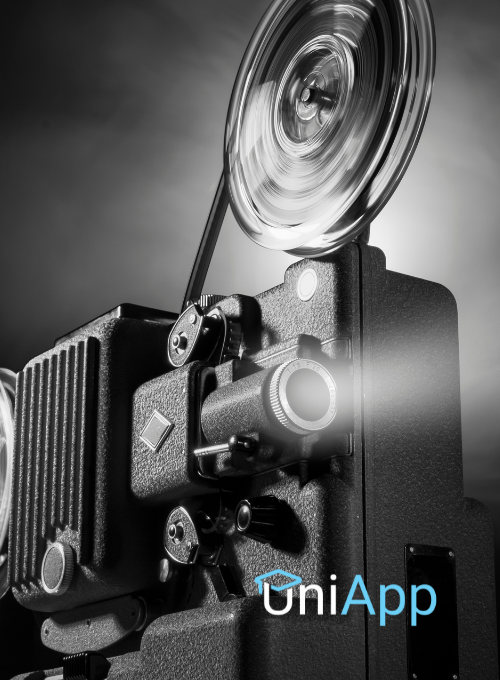 Attending film school is going to allow you the opportunity to learn and become familiar about several areas of specializations, choosing to study a bachelor’s degree in film is for highly creative people and independent personalities. There are many schools offering film studies; however, choosing to study in Germany, is guaranteed to provide you with the ins and outs of filmmaking and help you head start in your career.

There are many people who view attending film school as not important; however, by choosing to pass on such an opportunity, you will miss out on many opportunities. Firstly, the connections you make while studying at film school are going to help you with your career and projects. Secondly, there is a lot of technical work within the film industry, attending this school will enable you to operate them effectively and utilize them in the most effective way possible. Thirdly, you will study various key aspect aspects related to movie making and can then choose your field of interest and continue with a focus on it.

Additionally, you will be provided with the theory behind implemented methodology and vocational work as to how to improve on it. Lastly, the required equipment for film making is very expensive and not easy to obtain, being at the school will allow you easy access and professional guidance in their operation and usage. The best universities to attend in Germany for film school are the following:

The academy was established in 1989, aiming to allow students with an underlying passion for the film industry and creative arts a chance to pursue studies in the field. The courses offered at the university are all interdisciplinary courses, as the academy only specializes in media arts, but when studying at the film and television institution you expect that the courses at focus to be the following; film, script writing, documentary film, camera, creative production and television-specific forms.

These courses are covered through lectures and seminars, the seminars conducted are either by artistic professors of guest speaker, all of whom have undergone years of experience in the industry and will be of benefit to you. There are also seminars conducted by certain specialist and have been conducted the same way for years; they are in the following subjects: history of film and television, sound and montage. University of Television and Film Munich

One of Germany’s most reputable universities in the field of film was established in 1966.The universities list of alumni includes very famous people who have shaped the filmmaking industry to become what it is now; Florian Gallenberger is amongst many others. The university focuses more on providing its students with practical experience while studying and this is done through their involvement in film projects, where they are in charge of the production, direction, art directing scriptwriting, sound and light and cinematography of the art piece.

Students ow productions take part in festivals and so they are expected to be of excellent quality in all aspects. There are many courses offered at the university, upon completion of the following courses you may then choose your specialization cinema and television film, documentary film and television journalism, editing, production and media management, screenwriting, image design and VFX.

University of Europe for Applied Sciences

The University of Europe for Applied Sciences was founded in 2007 and is a private university with three different campuses across Germany; Hamburg, Berlin and Iserlohn. The university offers various studies degrees and its academics are made up of five programs. Their film and motion design program, is a practical oriented program.

During your time at the university you will be exposed to several outlets of creative expression which will allow you to bring your vision on screen; you will study camera work and sound design, analog stop-motion animation, CGI and 3D modelling to digital compositing, hybrid film and visual music.

Read More: The Ultimate Veterinary Schools in Germany in 2023

The MetFilm School Berlin was founded in 2012 and has three campuses; Berlin, London and Leeds. The university offers six study programs undergraduate and graduate combined. They focus on practical work and enriching you with the experience required to become part of the film industry. This is done through workshops, masterclasses conducted by professionals and taking part in film festivals such as the Berlinale Film Festival. The bachelor degree in practical filmmaking can be completed over the timeframe of two years, and you will study courses covering different areas of the filmmaking to enhance your overall knowledge in the field.

The university was established in 1918, discontinued for some time and was working again in 1947. The university currently offers accredited courses in the field of film and offers undergraduate degrees and postgraduate degrees in the field of film. Their main goal of the film school is to help you acquire the required skills for creating a film and utilizing the latest technology and to be able to evaluate an end result of a movie. This is done through the continuous examination system followed by the establishment, the exams are in the form of productions, analysis of pieces, written work and workshops. The courses will help you advance in the field of film and technological work incorporated in the field.

Earning a bachelor degree in film making from a German university is going to help you enter the work field with an in depth understanding of different aspects of filmmaking and operation of technology included, analyze different visual outcomes and develop strong connections while studying. There are many university options, and you can apply to either one through UniApp, which will help you decide on which is the most suitable to you and ease your application process significantly.

Why should you study MBA in Austria?

Top Universities for Architecture master’s degree in Germany for 2023