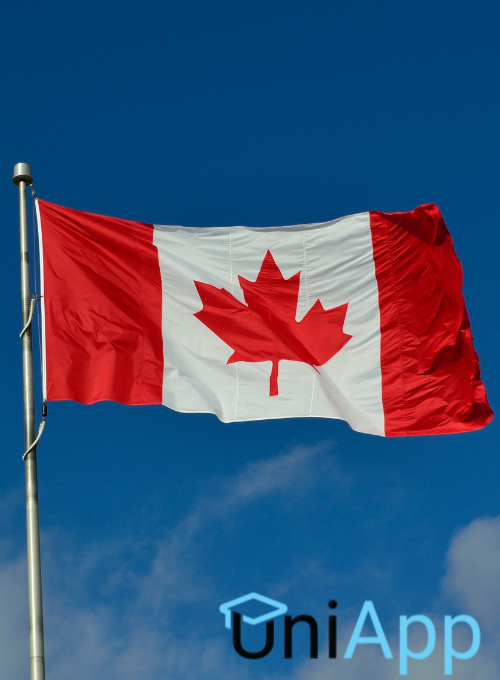 When considering countries to live in or emigrate to, you can’t go wrong with Canada. A high quality of life, low crime rates, acceptance of immigration and culture, universal healthcare, spectacular vacation spots and affordability when compared to the other Anglo countries are just some of the reasons one would decide to live in this country. But there is also one trait in regard to Canada that makes it stand out-its extremely good education. From having many high ranking Canadian universities to a population which is scientifically literate and extremely interested in new in both new scientific discoveries and technological developments, it’s a prime location for budding academists who want both a top shelf university and a top shelf country to explore. So it’s no surprise that many people wish to study in Canada.

But of course, trying to navigate the amount of universities available can be confusing and overwhelming for someone who is new to the whole process. In this article, we will be taking a look at some of the best universities in Canada. If you want the best of the best in regards to Canadian universities, look no further than the University of Toronto. A wide range of majors, prestigious researchers, vibrant campus life and location at the heart of Canada itself make it a prime target for an enriching and unforgettable learning experience. While they do a good job in most of the fields they offer, the one they truly excel at is medical studies, both for physical health (surgery, oncology, public health and clinical health) and mental health (psychology and psychiatry). This is hardly surprising, considering some of the discoveries the research there has come up with. From the discovery of insulin in 1921 to pioneering stem cell research in 1963, these people are no slouch when it comes to the medical field and the sciences in general.

In regards to the actual university, the acceptance rate sits at 43%-much higher than you would expect for a university this prestigious-and the tuition for domestics is an affordable 6,600 Canadian dollars. Keep in mind though that international students will inevitably have to pay higher costs, with the international tuition of 4 years average 45,000 Canadian dollars. This combined with Toronto being one of the most expensive places to live in Canada-it’s 1900 dollars a month for rent in a one-bedroom apartment-and you have your work cut our for you as a foreigner. Be sure to either start saving up a trust fund or studying hard to ensure a scholarship.

If the first Canadian university isn’t to your liking then no worries-the University of British Columbia comes at a close second. It offers more or less the same features as the University of Toronto did-wide choice of majors, industrious research program, extremely vibrant campus life with Greek communities and an emphasis on athletics, resides in a beautiful and culturally important city and so on. It sort of feels like the little brother of the University of Toronto if you will.

Academics wise, the university seems to have adopted a “jack of all trades, master of none” approach. It doesn’t particularly excel at one thing (though they do have rather high rankings in plant and animal sciences) but they do more than enough in providing a good education in a wide variety of fields. Their notable feature, unlike the first university, lies not in their faculty but in their students who graduated and moved on to do great things. Special emphasis on Justin Trudeau, Kim Campbell and John Turner-University of British Columbia Alumni who went on to become the prime minister of Canada. If three prime minsters came out of that university, then surely it’s safe to assume that they groom their students for leadership and greatness.

Costs wise, it is a bit cheaper. It is cheaper than University of Toronto on average-5,646 dollars for domestic students and 39,000 dollars for the international students. Combine this with the average living costs of a single person in British Columbia coming down to 1900 dollars (same as Toronto) and you’ll have it a bit easier but not as much. Again, try to aim for a trust fund or a scholarship.

Another prestigious Canadian university for this list would be McGill University in the more eastern side of Canada. You’re going to be noticing a pattern in this article from now on-the deeper down the list, the less expensive but also less accredited the university will be. Ultimately it’s not that big of an issue as the universities listed here (even the one in the very bottom) are all still extremely prestigious and top dog Canadian universities. It all just depends on your financial situation and whether you can see yourself living in the environment that the university is situated in.

Academics wise, It has adopted the same “jack of all trades and master of none” idea that British Columbia was going for. Doesn’t excel in anything but does well enough in most of its wide array of majors. In particular, however, is their research work in areas of chemistry, biology and medicine-while not as prestigious as inventing insulin and stem cell research, it is more than capable of holding its own. With works like those, it’s no surprise that this university is a top pick for anyone considering to study a degree in medicine.

Costs wise, this is where the uni really shines. Compared to the other two above, affordability is more than present here. With a semester tuition of 2,400 dollars for the domestic student and a total tuition price of 30,000 dollars for international students, your wallets can breath easy knowing that this university is on the lower ends of the cost spectrum when compared to some of the others. They’ve also got you in terms of the general costs of living-between having the lowest rent costs and the lowest electricity costs in the entire country, Quebec City is just about the cheapest place you could go to in Canada. Keep in mind, however, that the people of Quebec City hold on to their French roots very strongly, so you might consider getting some language classes if you truly want to fit in.

Read more: How long does it take to get a medical degree?

Now that we’ve covered all of the big fish, we’ll be going through a lightning round of university recommendations. They may not be as prestigious as the three mentioned above, but they all hold their own weight and are definitely lighter on the wallet.

With 150 countries making up for more than 30% of the total student number, the student number is sure to be a diverse crew that won’t make you feel left out. It also helps that McMasters University is generally considered to be one of the leading universities in the world and a generally top-tier educational institution in Canada. And with an alumni involving astronauts, Nobel laureates and world leaders you can be sure that the alumni will be using their education to change the world for better. A good choice for a Canadian university to study in.

Don’t let its relatively low ranking fool you, the University of Alberta is internationally known for excellence across disciplines including business, humanities, creative arts and sciences. Along with a strong emphasis on research, comprehensive programs (engineering in particular gets a lot of attention) and a very tough curriculum to push their students to their utmost limits, the U of A makes sure to mold their students into educated alumni who will benefit society with their vast knowledge.

If you still want the French charm of living in Quebec but don’t feel that Quebec city is for you then don’t worry-University of Montreal has got you covered. With high rankings in all fields (pharmacy and pharmacology taking the cake) as well as being home to Quebeces largest research institutions, you’ll be sure to get both a solid education and a beautiful city to explore, all with affordable housing and tuition costs as well-you can have your cake and eat it too.