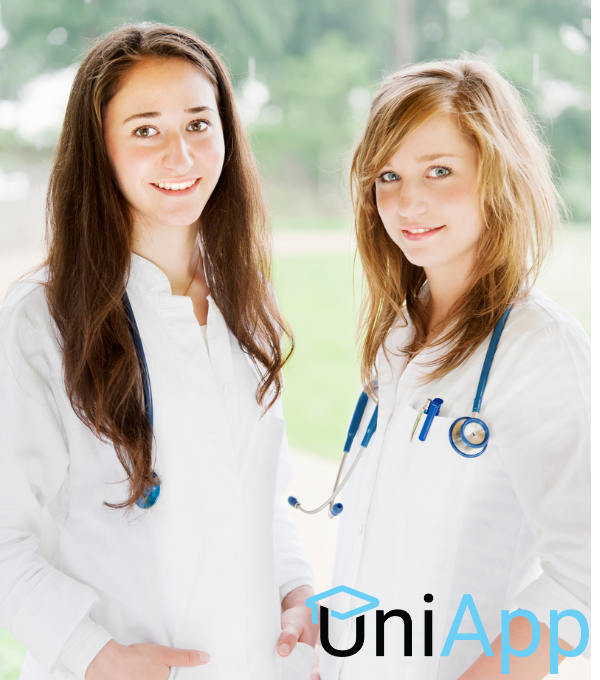 What is the Best English taught medical schools in Italy in 2023? One of the educational and important branches that occupy the minds of many international students from around the world who wish to study medicine in a foreign country is studying medicine in Italy in English.

It is worth noting that Italy has numerous world-renowned colleges and universities that have received international recognition.

This is what draws a large number of students to study medicine in Italy each year. These are the top universities in Italy for clinical medicine, based on their reputation and research in the field. here is a list of offered by some of the reputable English taught medical schools in Italy in 2023.

As in any other study destinations, you might need a study visa to study there, depending on your country of origin or nationality. If you are an EU student then you don’t need a study visa, as long as you have a valid passport.

Types of Study Visa of Italy

There are two types of study visas available for students who want to study in Italy and are from outside of the EU. The Type C visa is a short-term visa, which allows students to enter Italy and stay there for up to 90 days.

On the other hand, the Type D visa is the long-term visa for students who have courses that exceed 90 days, which are all bachelor and postgraduate education degrees. Therefore, this is the type of visa you’ll need to apply for to study in Italy for your higher studies.

You’ll need the following documents to apply for a study visa in Italy:

obtaining university admission to complete the study of medicine is more difficult than in other European countries’ universities and educational centers.

One of the most important things that outstanding students in the international students seek is to study medicine in Italy.

It is worth noting that since 2009, public universities in Italy have offered several medical courses in English. There are best English taught medical schools in Italy in 2023

Humanitas University provides many scientific programs in the specialties of medicine and surgery under the supervision of the most efficient and high-quality professors in the field of medicine.

According to the educational hospital attached to the university, studying medicine at the university may require six full years of study. It is worth noting that the cost of studying medicine there is around 7,000 euros per year. It can be paid in two installments and reduced based on the student’s financial circumstances after consulting with the administration.

For some students who are unable, the cost could reach 200 euros, plus registration costs of another 200 euros and administrative expenses estimated at 75 euros.

Sapienza University of Rome is one of the preferred universities for international students who want to study medicine in Italy in English.

The study costs are estimated to be around 2,700 euros per year, plus 140 euros for the university’s administrative fees.

It is worth noting that this university provides numerous free scholarships to students who have demonstrated their competence and superiority throughout their academic years at the university.

The University of Pavia is one of the best English taught medical schools in Italy in 2023. It was founded in 1361 and has since become one of the most prestigious universities in Italy and Europe. Although the University’s initial focus was on law studies in 825 A.D., after 1361, the University began to offer a variety of programs and improve its educational quality. Currently, the University has 9 faculties and approximately 24.000 students. The campus is spread out across the city.

The Saint Camillus International University of Health and Medical Sciences, also known as UniCamilus, is an Italian medical school that aims to impact society by instilling knowledge in students whose sole goal is to become medical practitioners.

The Saint Camillus International University of Health Sciences, as a developing medical school working to become the best Medical College in Italy and Europe at large, has a primary goal of grooming healthcare workers who are world-class professionals with expertise in pathologies specific to the Southern Hemisphere, such as AIDS, TBS, and Malaria.

Despite crises during the French occupation in the mid-16th century and other difficulties due to wars and epidemics over the centuries, the university grew under the Duchies of Emanuele Filiberto Carlo Emanuelle I and Vittorio Amedeo II.

The University of Turin is focused on international relations with large organizations and collaboration with developing countries. It was named one of the top 500 universities in the world by Times Higher Education in 2017.

According to the most recent ANVUR data, it is also one of the top five Italian universities and has the highest-rated research activity in Italy.

The University of Padova is one of Europe’s oldest and it’s one of the best English taught medical schools in Italy in 2023. It was established in 1222 to promote academic and teaching freedom.

The University of Padua is the world’s leading research university, having been named “the university with the highest quality research results” in two separate reports by the National Agency for the Evaluation of Italian Universities and Research Institutions (ANVUR).

The University of Padua is ranked 6th in Italy and 234th in the world in the most recent 2020QS World University Rankings, and is among the top 25% of the world’s best universities.

The University of Bologna, is one of the best English taught medical schools in Italy in 2023, has maintained academic excellence since 1088 and should not be questioned when it comes to the best in the world.

With its inspiring motto “Alma mater studiorum,” which translates as “nourishing mother of studies,” this University has served as the mother of education, nourishing other universities with its excellent students. In this regard, the University of Bologna has also been able to establish an outstanding medical school.

The University of Bologna medical school began its first academic year in 1179 and has remained at the top ever since, with no signs of slowing down or declining.

In the coming lines, we will look at the University of Bologna medical school and what makes it unique and distinct from other medical schools.

The primary goal of the University of Bologna medical school since its inception has been to develop competent doctors who are specialists in their respective fields and are equipped with all of the necessary skills and techniques to help them be their best.

They are well known for their medical standards and core values, as they are a medical program in accordance with the Bologna process, EC Directive 2005/36/EC, and the Thematic Network on Medical Education in Europe (MEDINE), which draft out the European Specifications in Medical Education.

The medical program at the University of Bologna is divided into three separate programs that run for two years in a row.

In conclusion, There are many English taught medical schools in Italy in 2023. Choosing which university to attend is a difficult decision but applying is not, especially through UniApp which guarantees you a smooth application process.

Best medical specialties needed to be a doctor