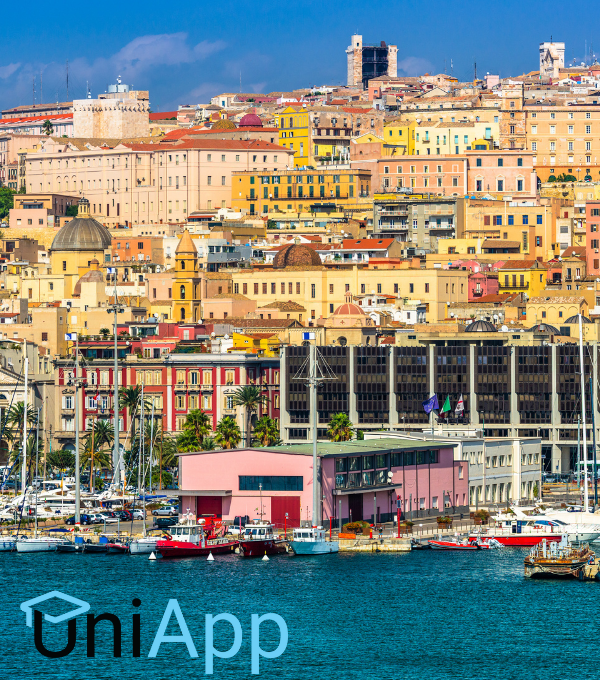 English is a great language. Maybe this is because it’s the language of the world’s major world power, the United States of America. It’s the language used in technology, education and many transactions worldwide.

It’s easy to find seats as an international student studying English in the English-speaking states. But it could be a little bit difficult to find the same spots in terms of quantity and quality. keep reading this article to learn more about Italy’s and it’s best English Taught Universities in Italy.

Studying in Italy in the English language, as Italy is one of the countries that provides the opportunity to study in the English language in many disciplines in the various Italian universities, and it is not limited to universities only, but there are some schools that facilitate educational materials for students and the explanation and homework are in many sometimes in English. Read more: The best English taught universities in Denmark in 2023

In Italy, for example, there are several English taught universities in Italy providing courses to Italian students aspiring to acquire a foreign language, though.

With nearly 40,000 students, the Politecnico di Milano (English: Polytechnic University of Milan) is Italy’s largest technical university. It offers engineering, architecture, and design courses at the undergraduate, graduate, and higher education levels. It is Milan’s oldest university, having been founded in 1863. The Politecnico di Milano has two main campuses in Milan, where the majority of research and teaching takes place, as well as satellite campuses in five other cities throughout Lombardy and Emilia Romagna. The central offices and headquarters are located in Milan’s historic Città Studi campus, which is also the largest and has been in operation since 1927.

With an ever-expanding program catalog, cutting-edge research, a compelling third mission strategy, and a growing international perspective, the Alma Mater Studiorum – Università di Bologna, the oldest university in the Western world, has paved the way for innovation. The University of Bologna has been student-centered since its founding in 1088, and its five campuses (in Bologna, Cesena, Forli, Ravenna, and Rimini) as well as its Buenos Aires branch offer a diverse course catalog tailored to the needs of modern society: over 200 degree programs in 32 departments and 5 schools.

The University of Padua (Padova in Italian) was founded in 1222 and is Italy’s second oldest university after Bologna. It is also one of the world’s oldest universities. It was founded as a law school by a group of scholars and students who had traveled from Bologna in search of more academic freedom. Padua is still one of Italy’s and Europe’s most prestigious universities today. It consists of 32 departments, eight schools that coordinate each department’s courses, as well as 49 specialization schools and 43 research and service centers.

The University of Milan, it’s one of the best English Taught Universities in Italy. It founded in 1924, is a research-intensive university that provides high-quality teaching at all levels in a wide range of fields. It has succeeded in maintaining a skillful blend of tradition and innovation over the years, adapting to the needs of a fast-growing society without losing its distinctive characteristics. The university’s interdisciplinary mission and connections between a diverse range of fields result in a stimulating and diverse range of undergraduate, graduate, doctoral, and specialization courses, with Italian as the primary language of instruction. There is also a large selection of English-language degree programs.

For more than 150 years, Politecnico di Torino has been one of the most prestigious public institutions in the world, as well as in Italy, in terms of education, research, technological transfer, and services in all fields of architecture and engineering (it was founded in 1859, as the oldest technical university in Italy). The university is a vibrant international city in the north-west of Italy with five campuses with multipurpose buildings for teaching, basic and applied research, and student services in Torino, as well as a regional network of technological centers dedicated to research activities, technological transfer, specialist education, and regional services.

The University of Pisa is one of the best English taught universities in Italy, it founded by Pope Clement VI in the 14th century, is one of Italy’s oldest public educational institutions and one of the world’s 20 oldest surviving universities. The university has received international recognition for its research centers, and it takes pride in being the first in Italy to offer a computer science degree. It offers a wide range of undergraduate, graduate, and doctoral programs, all of which are taught primarily in Italian. Law, cultural studies, engineering, medicine, and business administration are just a few of the subjects offered by the university’s twenty departments. There are also 17 libraries and 13 museums on the campus.

Università Vita-Salute San Raffaele is a thriving and well-known university in Milan, Italy’s most populous and international city.

Vita-Salute San Raffaele University believes that humans are biologically, psychologically, and spiritually unique, which is why its three faculties were created. San Raffaele’s mission revolves around the teaching and practice of humanistic medicine. It is known for providing excellent primary care, and patients, faculty, and students come from all over the world to visit. It was founded in 1996 as a private non-profit organization.

The Federico II University of Naples

The Federico II University of Naples provides as many as 157 courses in 13 disciplines (Agriculture, Architecture, Economics, Pharmacy, Law, Engineering, Medicine and Surgery, Veterinary Medicine, Biotechnological Sciences, Mathematics, Physics and Natural Sciences, Political Sciences, Sociology, Humanities). As a result, it offers courses in every academic discipline and leads to 157 graduate degrees. All of these courses are supported by research facilities. Students have the opportunity to further their intellectual development as well as develop professional skills.

Trento University is a young medium-sized university that is constantly working to expand its international dimension by establishing and developing networks and partnerships that ensure opportunities for collaboration in education, research, and industry relations. The University of Trento offers a diverse range of outstanding undergraduate, graduate, and doctoral programs, the quality of which is based on recognized scientific achievements, international cooperative projects, and effective global industrial cooperation. The majority of graduate and doctoral programs are conducted entirely in English.

Conclusion, This collection of English taught universities in Italy is the pathway of the students towards success. They provide dozens of English courses to Italian and international students, taking them to a new realm and making the future dreams attainable. Choosing which university to attend is a difficult decision but applying is not, especially through UniApp which guarantees you a smooth application process.

The best English taught universities in Denmark in 2023

A Bachelor of Arts: Your Top Guide