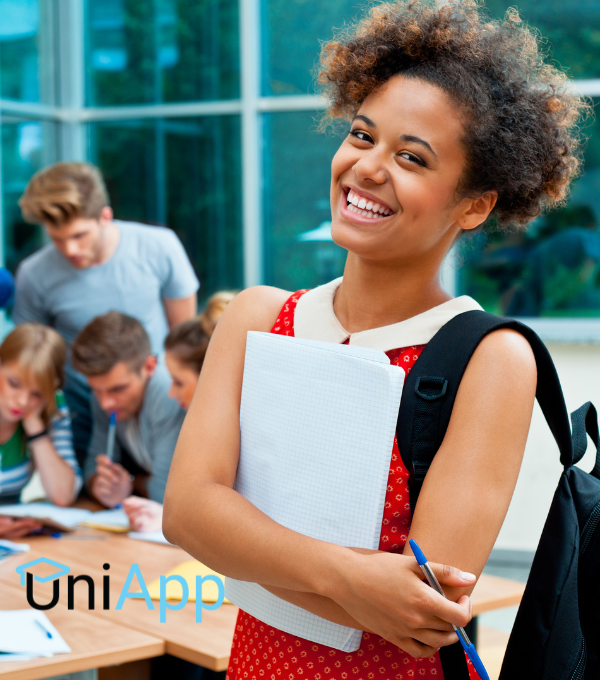 Sweden is one of the world’s top ten countries. This is understandable given that the Nordic country has a lot to be happy about. Sweden has 29 national parks and a 2,000-mile stretch of coastline. The country is also one of the greenest in the world, with only 1% of its waste ending up in landfills. Sweden’s renewable energy sources have made other European countries jealous. In this article,uni-app will be looking at the best English taught universities in Sweden. Why should you study in Sweden?

Here are some reasons why international students choose to study in Sweden:

Learn in a creative and innovative way

English taught universities in Sweden have a unique approach to teaching. They teach students to think critically but also to think out of the box. Students are also taught to think in a creative and innovative fashion, questioning the world and everything around them. This changes their way of thinking and helps them grow.

Sweden is one of the countries that makes environmental sustainability a number one priority. People there care so much about preserving the environment through recycling and conserving energy. If taking care of the environment and going green is important to you, you’ll find many people just like you when studying in Sweden.

It’s also easy to apply and be accepted as you just need to pass the university entrance exam called the SweSAT. To take this exam, there’s no age limit and it’s also unnecessary to be a Swedish citizen. However, you need to fulfill the required eligibility criteria to apply to the course and be accepted.

Sweden is a very culturally diverse country. It also promotes diversity and acceptance. Sweden ranks among the best countries for gender equality worldwide and also the best for LGBT rights. Sweden has a very accepting and progressive attitude and that means that no matter the culture or country you come from, you’ll be accepted and welcomed there.

The country is home to many English taught universities in Sweden for international students. But surely they have certain criteria and requirements.

The Best English taught universities in Sweden include:

Uppsala University is Sweden’s oldest university and a leading English taught universities in Sweden. It is now one of the world’s top-ranking research universities, with a solid and extensive international network of prestigious universities from all over the world. Uppsala, Sweden’s oldest university, plays an important role in the country’s historical and academic culture, identity, and establishment. It is well-known for its lovely campuses, one of which houses one of Europe’s largest Biomedical Centers for life science research in an old military base and another on a UNESCO World Heritage Site. Uppsala University has extensive strategic partnerships with over 500 universities around the world, offering a variety of joint degrees, internships, study abroad, and exchange programs.

Karolinska Institute is Sweden’s most prestigious medical school and a leading English-taught institution in the country. It is regarded as one of the world’s most prestigious and forward-thinking medical research and academic institutions. KI is in charge of the most extensive medical education and life science research in Sweden. Its research and teaching programs are primarily concerned with improving human health. Alfred Nobel appointed the Karolinska Institute to select the recipients of the prestigious Nobel Prize in Physiology or Medicine. Since then, five notable institute researchers have received the title.

KTH Royal Institute of Technology was founded in 1827 as “Teknologiska Institutet,” which offers technological subjects in Sweden. The school’s programs were both popular and useful. It also occurred at a time when modern society was undergoing industrialization. It is now Sweden’s largest technical university and one of Europe’s leading engineering and technical universities. The institute is made up of five academic colleges that provide undergraduate and postgraduate programs. The institute provides programs in information and communication technology, architecture, engineering, industrial technology, and aerospace engineering.

Since its inception in 1666, Lund University, a low-cost university in Sweden, has been educating students and creating knowledge. Regia Academia Carolina, or the Royal Caroline Academy, was its original name. Sweden was already a great power when it was founded, and it required an educational institution for the people of Skane. Eight years before the academy was founded, Sweden had won the boycott from Denmark.

Malmö University was founded in 1998 as a university college before gaining full university status in 2018. It has a large international student population and has been instrumental in transforming Malmö from an industrial city to a learning center.

This low-cost university in Sweden has five colleges that provide a diverse range of courses to both domestic and international students. Computer science, interaction design, advanced machine learning, international relations, and sports psychology are among the courses offered.

Dalarna University, founded in 1977, is a relatively new addition to Sweden’s higher education system. It houses several research environments and collaborates with organizations to address current societal issues. The collaboration ensures that the university maintains the high standards it has established for all of its programs. Through its three academic colleges, the university offers a variety of programs to both domestic and international students. Business Intelligence, International Tourism Management, Economics, Solar Engineering, and Data Science are among the programs available.

Mälardalen University College, founded in 1977, was the first higher education institution to offer an environmental degree. In 2006, it also received the Ergonomics Certificate. It is also one of Sweden’s largest higher education institutions, with approximately 16,000 students. The university provides a wide range of programs aimed at providing its students with a high-quality education. Because these courses are taught in English, they are ideal for international students. Among the university’s programs are Analytical Finance, International Marketing, Software Engineering, and Engineering Mathematics.

Stockholm University was established in 1878 and was granted university status in 1960. It is Sweden’s fourth oldest university and is regarded as one of the best in the world. As a public university, it not only teaches but also conducts research for societal benefit. This low-cost university in Sweden provides a wide range of programs through its various academic fields. Art history, environmental social sciences, computer science, systems and environmental law, American studies, and economics are among the programs offered.

The Blekinge Institute of Technology, founded in 1999, provides programs that contribute to societal development. It also conducts research on information technology topics with an international focus. In addition, the institute collaborates closely with industry and society at large. The institute offers 21 undergraduate and 12 master’s degree programs. Industrial Economics and Management, Strategic Leadership for Sustainability, and Mechanical Engineering are among the programs offered.

This is one of Sweden’s most important and prestigious universities. This university was established at the end of the nineteenth century, specifically in 1891. This university has approximately twenty-five thousand students studying in 57 majors offered by the university. This university’s specializations include the creative arts, social sciences, natural sciences, humanities, economics, law, health sciences, and others.

Read more: What you need to know about Ivy League Universities?

And those are the Best English taught universities in Sweden. Good choices the lot of them, but maybe you’d like to do a more indepth and thorough search in regards to your options for universities before deciding where you’re gonna be spending your next four to five years at. For more info, check out UniApp.

Top Finance Master’s Schools in the US for 2023

How to apply for Study Visa in Germany