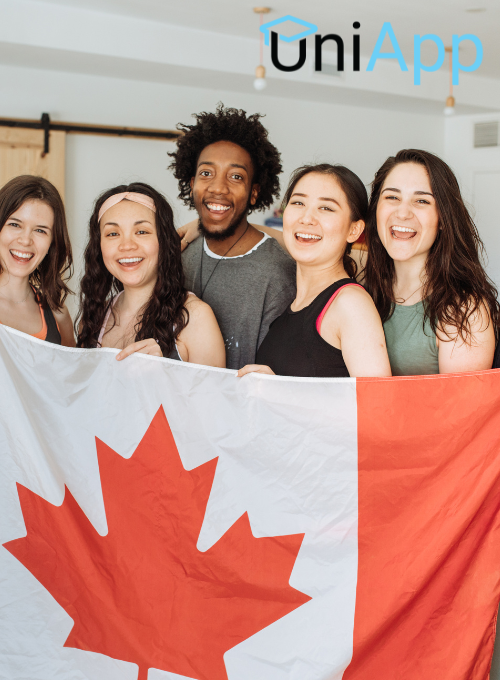 Canada is considered one of the most important countries in the world in the field of university education, and it is considered an ideal country to complete university studies and postgraduate education including Masters and PhD. The universities in Canada are largely government-funded: so they are of consistently high quality, regardless of location or area of ​​study. it’s no surprise that many future college students are looking to study in Canada for the cultural diversity and accepting attitude of international students which the UK is also very comforting for some of the foreign students.

Canadian Universities offer a wide range of subjects and a full range of degrees, from undergraduate to PhD degrees, Canadian university degrees are recognized in most countries of the world, and are considered equivalent to similar degrees in American universities, These are the top global universities in Canada in 2023.

Study in Canada is a popular destination for students from different countries, due to the high quality of life and the steps the government is taking to encourage education in the country. Canadian universities, colleges and technical institutes are funded by the government and very well monitored to ensure quality in teaching and research facilities and on campus.

Here we give you a list of Canada’s best universities:

The university of Toronto offers many specialties including economics, business management, social science, computer science and physical science. It’s also the leading university in terms of love for knowledge and discovery, 10 people who graduated from it won the Nobel prize later on , and 5 recipients of the Turing prize.

In addition to the many achievements and innovations presented by its graduates to the world, in the forefront stem cell research , insulin and multi touch technology.

The university of Toronto has many faculties including:

McGill University is the second best university in Canada and it’s ranked 31 in the best universities around the world. This public research university is located in Montreal, Quebec , and it’s one of the best cities for students in the world because its safety and average cost of living plus the diversity of cultures of the inhabitants of this city

Especially since it has many international Academies, financial companies, pharmaceutical companies and airlines So McGill university is considered  among the top 10 universities around the world for international students, as it includes students from 150 countries.

The university was established in 1821, and it includes 50 research centers , and over 400 studying programs, and a group of graduates numbering over 250 thousands people around the world among those who have become ministers in Canada, those who became astronauts and those who received the Nobel Prize.

It was established in the Vancouver city in 1908, and it is the oldest university in British Columbia, it has the biggest research library in Canada, it graduated a number of students who later won the Nobel prize, and dozens of students who received scholarships to study at Oxford university.

Faculties in university of British Columbia:

The university of Alberta has 40 thousand students including over 7 thousand international students from 150 countries around the world, and it is interested in many specializations in the field of Humanities, Science, Commercial Business, Creative Arts, Engineering and Health Science.

Faculties of university of Alberta:

McMaster university was established in 1887 in Hamilton, Ontario.

It is ranked the 5th best university in Canada, and ranked 144th among the best universities in the world, and it is distinguished by its faculty members as it always occupies high rank in this field.

This research public university is famous for its distinguished faculty of medical, and over 70 research centers, and it has over 27 thousand college students, and its students and faculty members come from 98 countries around the world, and it has 70 academic exchange agreements with other countries.

The university of Montreal was established in 1878 in the province of Montreal which is characterized by its safety and a low cost of living, and it offers many specializations most notably is humanities and medical.

The university has alumni in various parts of Canada and the world, many of whom occupied important positions including officials, business managers and academics.

The university has 13 faculties and number of schools which are:

This research public university is located in Waterloo, and its ranked 166 among the best universities in the world, and it is a member of the U15 research group.

The University of Waterloo has 35 thousand students from 120 countries around the world, and among its most important specialties: Engineering, Economy, Business Management and Technologies.

The university has 6 Faculties and 13 schools which are:

It is ranked 203 in the rankings of the best universities in the world, and rank 62nd in the number of international students.

Western University was established in 1878, and now it has a number of the most famous research centers in the world including: The Rotman Institute of Philosophy, Robarts Research Institute, Institute of Wind, Energy and Environmental Engineering, Fraunhofer Project Center for Vehicle Research and Bone and Joints Center.

University of Calgary has over 33 thousand students, and it has over 200 educational programs in 14 faculties and 53 departments including:

This public research university has over 24 thousand students, and it has graduated more than 131 alumni worldwide, the most prominent feature of it that 91% of its alumni gets a job within a maximum of six months after their graduation.

Queen’s university is one of the best medical doctoral universities in Canada, one of its advantages is that it’s located in one of the top 5 best cities for university study around the world.