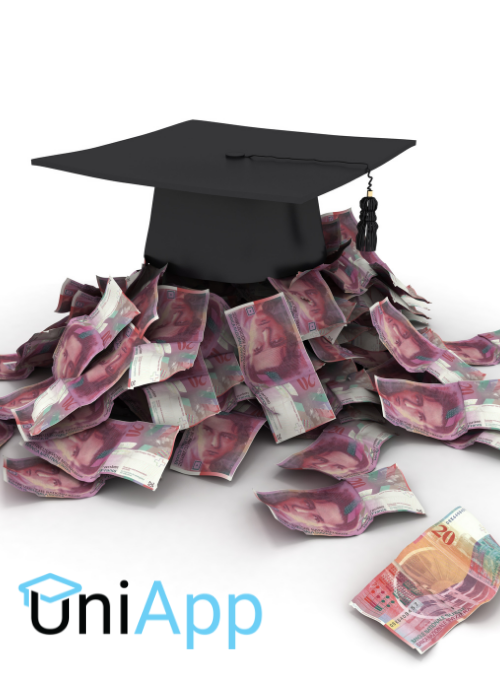 what is the Cheap Universities in France in 2023? Studying in a different nation can boost the worth of your degree by demonstrating to potential employers that you have moved outside of your comfort zone and can adapt to new situations and cultures.

When it comes to France, there’s a lot to say about it. It’s the state of light, culture and perfume. And moving to France allows you to master the language while also gaining cultural insight.

The venture will offer you an advantage when it comes to pursuing an international career and will help your CV stand out.

Reasons why you should study in France?

t’s a question whose answer is no-brainer. Reasons for study in France are too many to number. There are Cheap Universities in France in 2023, advanced education in France, rich and diverse culture in France and a strong and prosperous economy too.

In France, speaking French is vitally important. Consequently, the country is a formidable spot to challenge yourself to learn a new language, as opportunities to speak English or your native language may be limited in comparison to other European countries where English is more widely spoken.

Additionally, many universities and business schools provide French classes to their students.

Universities may offer students french courses and their degree programs, especially if their practices are in English, to help them improve their French language skills.

Prominent institutions such as Université Paris – Sorbonne and Sciences Po have earned their stellar reputations for good reason. But France is home to a plethora of other world-class educational institutions in almost every field.

Panthéon-Assas University and Université Paris Nanterre are excellent law schools. The Institut Français de la Mode is among the top destinations to study fashion design. In addition, France is home to some of the world’s best business schools.

With so many excellent higher education institutions, your learning potential in France is unparalleled.

In France, many universities present themselves as havens for students seeking knowledge, science, culture and enlightenment.

Before admitting to these universities, students should go through a process of finishing the paperwork, including the Visa.

And there are countless reasons that encourage those students to move ahead to France, including the diverse culture, open society, prosperous economy and many more.

You can find many highly ranked schools in France, from the University of Sorbonne to Pantheon Assas University. They all have excellent reputations, and there are institutions for every subject area under the sun.

The charming french culture is everywhere, and you can soak up in it wherever in France you study. Food is a majorly important part of French culture: art, fashion, literature, and history.

So many tourists head there to immerse themselves in the culture, which is unique from anywhere else in the world.

As a student there, you’ll be able to have indeed a life-changing experience that you can go back to your country with after studying.

Even though many people think of Paris when they think of France, it’s important to note that there are many other cities and towns where you can study and have great cultural experiences.

From Bordeaux to Lyon to Marseille, each of these has its own unique cultural heritage and will give you the experience of a lifetime.

The first place went to Université Aix-Marseille, followed by Université François-Rabelais (Tours), Université Paris 1 Panthéon-Sorbonne, and Université Sorbonne Nouvelle – Paris 3. In France, nine more universities were rated “very good.”
When an international student moves to the country, he stumbles into a host of cheap universities in France. The universities include:

It’s a formidable institute and one of the cheap universities in France.

Université Côte d’Azur seeks to create a new 21st-century model for French universities according to new interactions between disciplines, a new form of coordination between research, teaching, and innovation, and strong partnerships with the private sector and local governments.

Owing to the excellence of its academic courses and research, the University of Bordeaux is ranked among the top universities in France.

Given its multidisciplinary education and research opportunities, the University of Bordeaux has been designated as a Campus of Excellence by the French government.

The move came in recognition of the institution’s successful and innovative academic edge. It’s also deemed a cheap university in France.

The institution is France’s sole graduate cybersecurity research school. The international and innovative Master’s and PhD programs at the school are research-based: future specialists, engineers, and scientists are involved in research in all cybersecurity-related fields as of their first year of studies.

Here comes another institute deemed a cheap university in France. Université de Paris
offers one of the most comprehensive and ambitious educational programs available anywhere in the world.

The University of Lille

It’s a dynamic institution linked to some of the world’s most prestigious foreign universities, attracts a large number of students.

The students—who enjoy one of the cheapest universities in France–benefit from excellent studying conditions on huge campuses.

For many years, the University of Lille has prioritized international development in its work, courses, and research.

It is an indispensable institution for the French higher education and research. As the world becomes more competitive, the institution strives to better respond to the challenges that the world presents to universities today and in the future, as well as to be of effective visibility and appealing on the international arena.

Requirements for study in France

There are Cheap Universities in France in 2023 Yes, that’s true. However, there are also requirements for students seeking to accomplish their studies in the country. For being accepted at French university, a International  student should take the following steps:
1. Choosing your study major

As to the application process, most students desiring to move to France should do the following:
● An accomplished application form signed by the appropriate officials
● Authorization for Campus France
● ID photos and a civil liability certificate
● Passport
● Transcripts from high school
● Depending on the program, proof of language proficiency in either English or French is required.
● Proof of application fee payment

After all, moving to study in another country isn’t just academics and career planning—catapulting yourself into the country’s culture and traditions is unquestionably even more important and valuable!

There is no shortage of cultural experiences to be had in France. Aside from cuisine, other important aspects of French culture include art, fashion, history, literature, and the work-life balance lifestyle.

One may argue that there are cheap universities in France but there’s rich culture, high-quality education and many more reasons that encourage international students to pack their luggage and head to the airport.

It’s the country of light and perfume! And many students could easily have their dreams coming true when the jetliners they are boarding touch down in the country. Uniapp can help you find the perfect school and study program for you if you are interested in study in France.