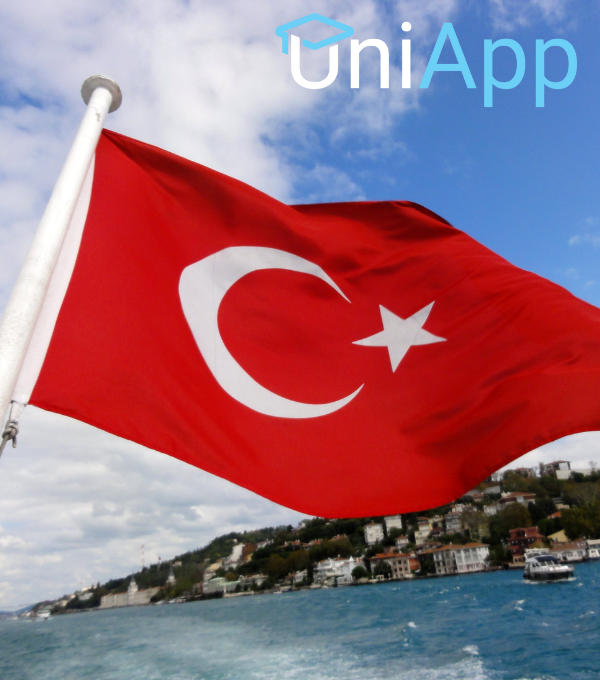 According to one French poet, if a man had only one look at the world, he would have to look at Istanbul. Despite not being the capital, Istanbul remains the country’s and the world’s cultural and commercial center due to its unique geographical location. It is located on both the European and Asian continents, with Europe having the largest geographical area. The Bosphorus Strait connects it to the Black Sea and the Marmara Seas.

Because Istanbul has the largest population in Turkey and a large number of foreign students, it was necessary to meet all education needs and establish several universities there. Istanbul now has 58 universities, 13 of which are public and 45 of which are private, in addition to numerous high schools and institutes. Do you want to study in Turkey but don’t know where to start? This article is a comprehensive guide to know everything related to student life in Istanbul. Read more: Boost Your Motivation to Study in 2023

The rush of students to schools, universities, factories, and institutions begins at seven a.m., when public transportation vehicles such as buses, subway trains, government metrobuses, and small school buses, not to mention a large number of regular cars, are deployed. Many Istanbul residents use public transportation, which relies on electronic cards paid for at special ATMs located at stations.

After a student in Turkey leaves university at 5 am (at most), they have plenty of time to manage their academic situation. There are numerous activities available to them, ranging from joining a gym or going out with friends to shopping in the most important Istanbul malls or recreation, such as taking a walk in the city’s many green gardens. To achieve excellence in his field, the student must participate in a practical activity at his university that is related to the specialization he/she is studying. Most Turkish universities have their own hospital or scientific center where students are trained in the necessary skills.

But the wonderful thing about Saturday is that it is half-time work and Sunday is an official holiday, so the resident or Student Life in Istanbul can do whatever he wants—either finish the work he has accumulated over the week or take a complete rest. The most wonderful aspect of this is selecting a beautiful area to visit with loved ones and friends to enjoy the beauty of natural areas and various tourism activities in Turkey.

Student Life in Istanbul thus seem to have time to enjoy. Istanbul is a landmark city with many tourist monuments to enjoy.

Istanbul is the Ottoman civilization’s entry point. It was the capital at the time, and the effects of that golden age can still be seen today in the city. When you see the Ottoman mosques, the old popular markets, the baths, the long Constantinople wall, and the Galata Tower, you can imagine its history. At the same time, you must see the three bridges that connect the two continents, the new Istanbul Airport, the subway, modern and high-end residential complexes, and tall towers with unique architectural designs.

The Turkish people are hospitable and treat everyone with respect. It has a sense of humanity, which was evident when refugees arrived in the country and the Turks supported them, whether the government or the people. Simultaneously, the foreigner becomes one of them, and his success becomes their success.

The Turks have a nice habit of supporting Student Life in Istanbul so there are many restaurants with private ownership that offer a special discount to students when they buy their food. The percentage of Turks who oppose the presence of foreigners is the same as it is in any other country.

Even if you are a Muslim, a big meat eater, or a vegetarian, you will not go hungry in Istanbul. Turkish cuisine is much more than kebab. Local restaurants offer a variety of soups, rice, cheese options, and meat dishes served with fruit.

There’s also sweet baklava, lokum (also known as Turkish delights), and a variety of other unusual flavors to sample. Stop for lunch or dinner if you’re in the Grand Bazaar.

Istanbul has many universities, so there is a vibrant Student Life in Istanbul. Because Turkish culture is so close, people frequently hang out and chill at cafes and green spaces during nice weather. This also applies to students. When you start making friends in your classes, keep your schedule somewhat flexible so that you can “chill” with them as well.

Because of the exchange rate, Student Life in Istanbul is very affordable if you are coming from the euro or the dollar. As a student, I paid approximately 700 TL per month for housing. Meals in a restaurant near a university can cost between 10 and 35 TL. In addition, there are frequently student discounts for visiting museums or attending concerts. The Museum Card for Students is a fantastic deal that will save you a lot of money if you want to visit all of Istanbul’s top attractions (like the Hagia Sophia and Topkapi Palace).

Topkapi Palace is one of my favorite places in Istanbul because of its rich history, beauty, and breathtaking views. The Basilica Cisterns are underground water-storage areas that are eerie, quiet, and beautiful. Aside from the Bosphorus view, Bebek is a fantastic place to visit with plenty of other things to do! This is your neighborhood if you are an Erasmus student at Bogazici University.

How much does it cost to study in Turkey?

The cost of living and studying in Turkey is affordable for the greatest part of students.This is why Turkey is a sought-after location. It presents quality education at an affordable cost. Getting exposed to such a vibrant culture will be a lifetime experience for any student. However, since moving to a different country is such a big step, students must ready themselves based on that.

Degree programs offered in Turkish language are less costly compared to those offered in English. Yet public universities are cheaper than the private universities.

A student could pay tuition fees between TRY 1,600 to TRY 9,000 per year at public educational institution. It surely depends on the course and the university. On the other hand, on average, the tuition fees at a private university could cost up to TRY 11,000 each year.

A student could pay TRY 500 to TRY 800 per month for books and other study kits or administration fees.

At the outset, we must mention that the costs and fees for studying in Turkish universities vary from one to another, and not only this, but the costs may vary in the same university from one study program to another.

Below we will present the approximate value of the annual fees in public universities in Turkey, noting that these numbers are approximate and may vary slightly from time to time:

There are many things and activities students can do to recharge their batteries after a long day of work and studying. Students can step into the fascinating Turkish history by visiting famous mosques such as Hagia Sophia, Suleyman Mosque, and Topkapi Palace to see how the Ottoman sultans used to live.

And they may opt to walk through one of the numerous bazaars, such as Gultepe Bazaar, and taste and admire products ranging from thousands of spices to leather purses.

Yet, students can take a walk with the ferry boats as they cross the continent while sipping Turkish black tea from a traditional tulip-shaped glass.

Also, students would like to make a day trip to Prince’s Island to get away from the hustle and bustle of the city and indulge in relaxing activities like walks, shopping, or a picnic.

There are many universities in Turkey that can accommodate foreign students and meet their needs. They have a top-class professorate and facilities, catering for their needs whatever they are. Middle

Middle East Technical University, which was founded in 1956. The university currently provides 40 undergraduate 97 graduate and 62 doctorate programs to thousands of students every year. Admission is highly competitive in METU as it accepts only the top 1.5% of a total 1.5 million annual students. The most popular courses at the university include engineering, social sciences, and natural sciences, English is the language of instruction for most courses there.

An undergraduate program costs TRY 91,832 for an international student—an average cost. The cost of a graduate program is TRY 40,814. The total cost may vary depending on the course and duration of the program.

Bogazici University, which is a popular choice among international students. It is located in the bustling city of Istanbul and founded in 1863. According to U.S. News & World Reports 2021, this university ranks first in Turkey. The language of instruction at the university is English. It is one of the oldest universities in Turkey that has been offering English language education from the beginning. The university’s library has an extensive collection of books and its campuses are a popular hotspot for students.

Yet, the university has an extensive number of programs to offer to its students. There are six faculties and two schools providing undergraduate degrees and six institutes offering graduate degrees. It admits only the top 1% of those who pass the entrance exam. Hence, it enjoys limited and highly competitive admission.

Also, Turkey has Bilkent University. It was founded in 1984 and was the first private not-for-profit university in Ankara, Turkey. The name of the university means “city of learning and science”. It  is one of the most research-intensive universities in Turkey. The ratio of international students is also much higher at the university.

Students have many options to engage and participate in numerous music and performing arts events, unions, clubs, and sports in this university. As for the academics, Bilkent University provides 33 undergraduate majors and 32 graduate programs to choose from for its students. The university also has the largest university library in Turkey as well as three sprawling campuses.

Finally, Turkey has Sabanci University. It is a private university that was founded in 1994. The best courses provided by this university are in the areas of engineering, natural science, arts, and social science. Yet it offers foundation year courses with a focus on English language proficiency to help students pursue a full degree course on its campus.

That all about Student Life in Istanbul, all in all Istanbul welcomes you every time! Not only for study but also for fun and travel. Istanbul is a great place to visit and make unforgettable memories, however if you need more help with completing your study abroad journey, Uni-app can help you make the right decision on what to study and where!

So you Wanna Take the TOEFL Exam