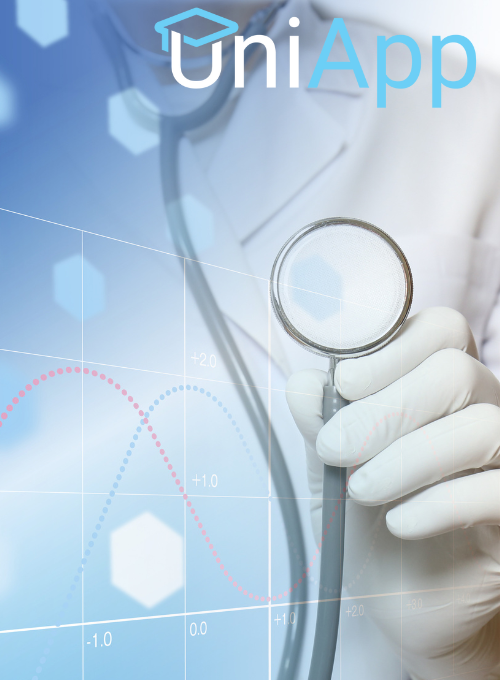 If you’re considering to get a degree in medicine, you’d certainly like to know how and where it all started!When did medicine become a profession? Who were the first doctors?

While there are no direct answers to these questions, prehistoric societies show that ‘treatments’ for common illnesses were performed back then, while superstition and religious beliefs were often mixed in.

We do know there were ‘doctors’ in ancient Egypt (about 3000 BC), and in this context, the medical practitioner Imhotep (around 2600 BC) wrote a written work recording over 200 different medical disorders.

Hippocrates (460 BC) is known as the founder of modern medicine. He believes that diseases could have natural (rather than supernatural) causes, which was one of his major contributions to the profession. His oath of conduct for physicians, still used today, was also hugely influential.

Galen was a famous Roman doctor who dissected animals and attempted to extrapolate discoveries to the human body, but with limited success. During this time, there were also significant developments in public health.

So, by deciding to study medicine in Europe and become a doctor, you’ll be joining a long line of people who, for the most part, have worked to improve the world.

Let’s get this journey started and see how many years it takes to get a degree in medicine.

How long does it take to get a degree in medicine?

When you decide to get a degree in medicine, you may put the lives of those who rely on you at stake. Medical degrees may take longer to complete than other degrees, but they are also acknowledged as one of the most rewarding careers available.

To get a degree in medicine, you will definitely need a significant amount of time, effort, and discipline. One of the few things you must do is: do well in school, attend all your classes in college, and acing the MCAT.

You’ve probably heard that the process to get a degree in medicine takes a long time. But let’s see how long it takes to get to the point where you can practice medicine. You will find here the steps you need to take in order to become a doctor:

Is it possible to go from high school to medical school in one year? That’s not entirely true.

If you like to study medicine in the United States, medical degrees are considered second entry degrees, which means you must first study a bachelor’s degree in sciences, like most frequently biology or chemistry, before enrolling in medical school.

You won’t be able to skip any of your college years, but you do have a few other possibilities. There are a variety of options to get a degree in medicine.

Some of these entail bypassing a couple of years of your undergraduate education, or you may also study medicine online without the stress of attending medical schools on campus, and widen your horizons by applying for online degrees via Uniapp.

A six-year study duration to get a degree in medicine is also recommended by international organizations as the competent standard.

The breakdown of years of medical education may also involve some difficult medical vocabulary. Hence, the length of time it takes to get a degree in medicine will be the most important information you need to know from the early beginning.

The (MBChB) is not the only medical profession available at the university; you can also pick from a variety of medical specialties.

Six years of medical school are followed by two years of internship in a hospital and a year of community service. You can register as a medical doctor with the Health Professions Council after completing two years of internship and one year of community service. However, it is recommended that you stay up to date with the new development.

The length of time you need to get a degree in medicine is not affected by the curriculum; as a six-year program is the standard of most universities

As a result, you should expect to spend nine years to become a registered competent professional, however, you will be paid a minimal stipend while being an intern.

With so many online learning websites like uni-app, you can now get an online degree from anywhere these days, without having to go to college or take classes.

It is important to select the curriculum that best meets your unique needs and targets.

Read more: Is it really hard to study medicine?

Medical treatments that are nearly unrecognizable today were commonplace in medieval times. For example, bleeding sick people was thought to be beneficial in a variety of situations, as was the use of laxatives.

The idea that the church had a responsibility to care for the sick was quite popular during the period when many hospitals were established.

However, in Britain, the word ‘doctor’ did not appear until the 14th century, and it was mostly used to refer to philosophers and the ones who could ‘teach.’

Leonardo da Vinci, who lived in the 15th century, greatly contributed to our understanding of human anatomy through careful illustrations created after rigorous dissection of human bodies.

Also, the well-known physician William Harvey made a significant discovery in the 17th century: the heart pumps blood around the body.

However, the concept of the four humors in the body – blood, phlegm, yellow bile, and black bile – continued to prevail, with many illnesses attributed to an imbalance in these.

The bottom line is when you know your motives, you are more likely to stick to your goals, and feel motivated to work hard. This means that you will not only be more likely to get a degree in medicine but also to enjoy what you learn and do, which will make you a better doctor and person.

Martin H. Fischer uttered that “A doctor must work eighteen hours a day and seven days a week. If you cannot console yourself to this, get out of this profession.” Despite this being a much stronger statement, it reflects our profession is all about dedication and sacrifice”.