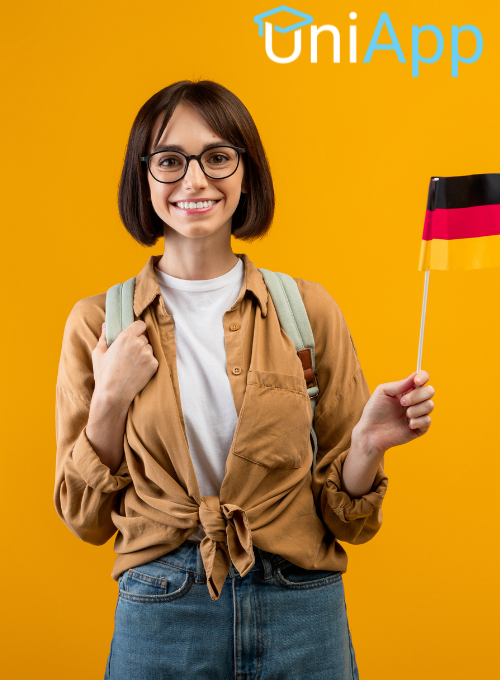 Is studying in Germany difficult? Germany is always at the forefront of options for students looking for suitable countries to complete their studies abroad.

With little or no tuition fees sometimes, and many facilities for students, in addition to the possibility of studying in English for many academic programs in one of the best education systems in the world, which made it the third best country for international students.

That is why we decided in Uni-App to introduce you to the most important information related to studying in Germany so that you can make your decision to study abroad while you are fully aware of all the difficulties and demands that you will need to complete your studies in this ancient study destination.

Read more: Why Study an Art Master’s Degree in Berlin in 2023?

Is Studying in Germany hard?

Not to mention the scholarships and financial facilities that students can obtain, and the prestigious German degree preferred by various business sectors in the world, make many students from different countries of the world full of enthusiasm to continue studying in Germany, the heart of Europe. But what are the other factors that make studying in Germany difficult:

The first lecture for the international foreign student in German universities is the most difficult. The language barrier is supposed to have been crossed by the student.

However, the lecturer sometimes uses words that the foreign student may not have heard yet. When he hears a new word, the student looks at the lecturer in astonishment.

And whoever is next to him from his colleagues, then writes it down as he heard it to search for its meaning at home or even in the break, The language barrier may also make it difficult to interact with and get help from non-English speaking batch mates.

Racism Although Germany has made great strides in the field of rights and freedoms after a period of bloody racism that it experienced during the rule of the Nazis, racist ideas and practices loom on the horizon with the emergence of groups of racists who call themselves “neo-Nazis”, but the matter is not a cause for concern, as Germany is an international law in the first place. The first is that you can control such thoughts and practice.

Most courses (except for theses, directed research and seminars) are graded solely on the basis of exams. No project work, exercises, presentation, etc. contributes to your degree.

Oral exams (especially in German): many exams, especially. In oral master’s courses. For international students, especially those who have recently arrived in the country, who are not accustomed to oral examinations back home, they may face more difficulty than if they take a written exam. The lack of standardization of questions can lead to situations that may be perceived as unfair.

But let’s be honest, getting the opportunity to study in Germany will give you many advantages to gain irreplaceable knowledge and life experience, so you have to be patient to overcome any difficulties that you may encounter in the beginning and be sure that you will never regret studying in Germany.

Reasons for Studying in Germany

The common reasons why international students hurry up to study in Germany:

You have to objective your goals and know why you want to study there.

Let me motivate you to study in Germany

Studying in Germany universities is a dream for international students, but it no longer hard to get due to offering scholarships.

Now we review some of the most important German universities, and their most prominent specializations:

The Technical University of Munich is currently the best in Germany, ranking first among German universities and 50th among the best universities globally. It was founded in 1968.
It’s located in Munich, Germany, and has campuses in many other countries such as Garching, Heilbronn, Singapore, and Freising.

The University of Munich is ranked second in Germany when it comes to educational level,  63 in the world, and the sixth oldest university in Germany.

It was founded in 1472, it has almost 60,000 students. Around 15 per cent of these students are international students. A tribute to how great the university is that 42 of the university alumni are Nobel Prize winners.

Humboldt University is nicknamed “The Mother of Modern Universities” as well as the University of Thinkers. It’s located in the capital, Berlin, and was founded in 1810.

Humboldt University has nine faculties, and about 32,000 students, including many international students. It offers educational programs in 189 majors for undergraduate & Postdoctoral levels.

The Karlsruhe Institute of Technology is ranked 131st in the world and sixth in the list of Germany’s best universities.

With more than 24,000 students, the State Institute is one of the largest research institutions in Germany and one of the leading technical universities in Europe.

The Karlsruhe Institute of Technology, known as KIT, was established in 2009 when the University of Karlsruhe incorporated the Karlsruhe Research Center into it.

The basic languages you will study in and cope through them with people there are: English & German, Germans speak Standard German, which is a language that is a little far from the dialects of rural and remote areas and can be spoken by 95% of Germans, but in Germany there are some other languages ​​that are spoken by several minorities.

As for the other foreign languages ​​that Germans master, it is English in the first place; about 45% of Germans can speak English, in addition to a small percentage of the population who can speak French and Russian.

The German language is the official language adopted in Germany. As for the governmental universities, German is widely adopted and required in most cases, and the private sector often allows the adoption of the English language in study.