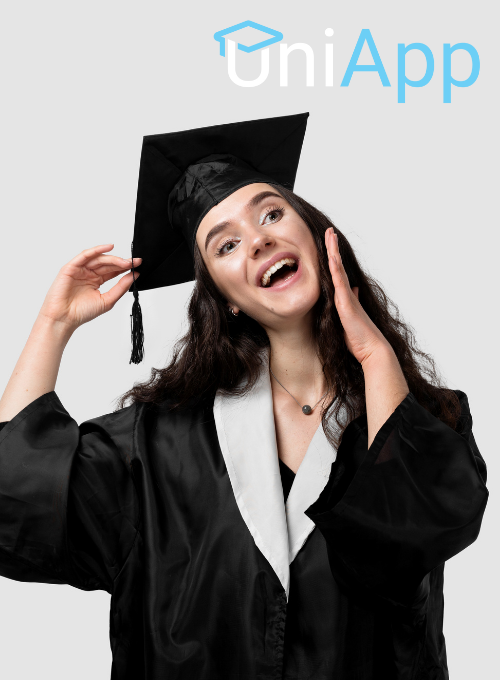 When it comes to studying a master’s degree, Germany is one of the first countries that pops into the minds of students around the globe. There are many reasons why Germany is one of the top study destinations in the world for students to choose to study for their degrees at. For example, Germany of the cheapest countries for students to live in, as well as the fact that it has some of the top-ranked universities worldwide. If those aren’t reasons enough to convince you to study in Germany, then who knows what is? Read on to learn the top reasons why you should study your master’s degree in Germany in 2023.

From the top-notch universities to the highly diverse international community to the stability of the economy, the reasons are truly endless to study a master’s degree in Germany. Here are some of the best reasons why you should pick Germany as your study destination for your post-graduate studies:

Perhaps the most important reason is the top universities in Germany. German universities are famous for being excellent and offering high-quality education for students, ranking very high in the lists of university rankings worldwide. If you choose to study in Germany, you’ll know for sure that you are getting a great education. This education will give you a major added value in your CV, as German universities are known for producing students of high calibre that are incredibly knowledgeable.

Another reason to pursue your master’s degree in Germany is the fact that Germany is an incredibly safe country, with a stable economy and political system. When compared with other countries, Germany is very safe and you can be out and about day or night if you use your common sense, no matter what German city you live in. Germany is also very stable politically and economically, ranking number 9 in the world for stability in these areas. Choosing to study your degree in Germany means you’ll have good career prospects after graduation due to the stable and flourishing economy and lack of political instability. There’s a misconception that you need to choose to study in the UK or in any other English-speaking country to pursue a master’s program in English, but that’s untrue. In fact, in Germany, most master’s programs are offered in English. This is because most universities tailor their master’s programs so they are suitable for international students with limited or no German language proficiency.

Another benefit is that you can actually learn German while studying for your degree there. There’s no better way to learn a language than by practising it every day with the locals. Most master’s programs offer free German courses for their international students to help them learn the language. But even if you don’t decide to take a German language course, it will be easy to pick up phrases here and there during the course of your daily life. Learning German will not only make your everyday life in Germany easier but will also add to your employability, as you can add an extra language to your CV!

University tuition can be incredibly daunting. A major advantage of studying in Germany is the low tuition fees. In Germany, you can study in the top-ranked universities there with affordable tuition fees, when compared with those of other top study destinations like the UK, US or Canada. Costs of living are also very low when compared with other neighbouring European countries like France, The Netherlands, and Spain. As a student, you’ll also get a lot of discounts and offers, making it even more reasonable for you!

Another major reason to study your master’s degree in Germany in 2023 is the many scholarships offered for international students. Based on your situation, you might be eligible for financial aid. If not, you can always apply to one of the many scholarships offered by private and public institutions who want to finance your study journey in Germany. These scholarships are even more available in areas of high interest to German education institutions, such as in Engineering, Technology and Business Studies.

In Germany, there’s a big chance to work during your master’s degree as they offer positions specifically for students called Werkstudent or “Working Student” positions. These are like internships but they keep in mind that you are pursuing a degree along with it. Unlike many other countries which forbid this from happening, international students can work part-time up to 20 hours a week (or 120 full days a year). This means you can make some extra cash to fund your studies or get some extra pocket money.

Besides the money, these jobs can also add to your work experience and increase your employability after your graduation from your degree. Some common jobs students apply to could be like those at multinationals relating to their degree field. The benefit of choosing this kind of part time job is that they typically don’t require German knowledge, or require minimum German proficiency. Others may choose to work “mini jobs” including working as a babysitter or bartender or receptionist, among other options. However, mini jobs usually need some good German knowledge as you’ll interact with many locals.

A major benefit to studying in Germany is that you’ll always feel at home. In Germany, there’s a diverse community of international students living there, from around the globe. That means you’ll be sure to find someone from your home country to bond with and be friends with. If not, you can always make friends with other international students from different countries, who will always be up for a coffee or beer after class! Contrary to popular belief, Germans in Master’s programs are also pretty welcoming to their international colleagues, though they may bite your head off if you don’t get your work together during a group project!

Costs of living in Germany during Master’s

Cost of living in Germany as previously stated are highly reasonable, especially as tuition fees in most universities for master’s programs are free. This means you’ll only need to set aside money for living expenses and some administrative costs that you’ll need to pay the university.

How much you’ll pay for tuition typically depends on the German state you are living in, though most public institutions have tuition free universities. The only state that has tuition fees for non EU students is the south-west state of Baden-Baden-Württemberg. This is also provided that your master’s degree directly follows your bachelor’s degree. If there is a gap, you may have to pay tuition of up to 5,000 EUR a year (at public universities), or 30,000 EUR a year (at private universities).

International students who choose to study a master’s degree in Germany will be required to hand in some general documents along with their university applications, to prove eligibility in their degree program of choice. Be sure to check the website of your specific degree program and university to find out the exact documents needed.

However, here are some of the general documents needed to study in Germany so that you have a general idea of what you’ll need to hand in:

In conclusion, there are many reasons to study in Germany for your master’s degree from the top notch universities to the welcoming international community to the reasonable tuition costs and costs of living. All these reasons and more make Germany a perfect study destination for your postgraduate study adventure. If you don’t know which master’s program you want to choose at which university, Uni-app can give you a hand with finding the master’s program of your dreams.

The best universities to study medicine in the UK 2023