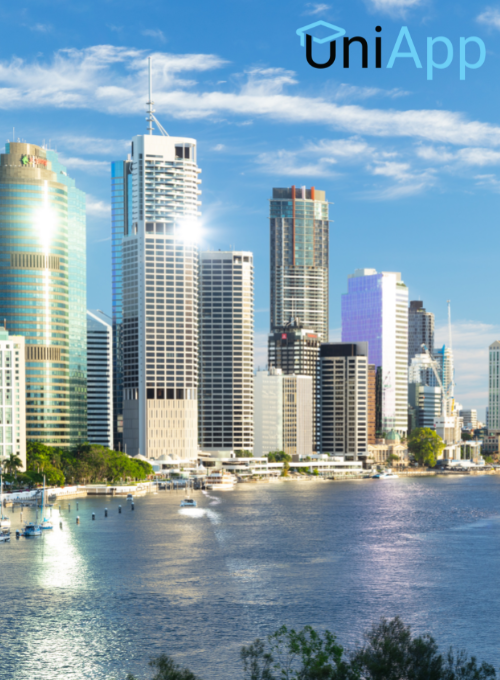 Student cities are places where foreign students live while pursuing their education and spending their free time. The foreign student searches for student cities that are suitable for him as a student in terms of living, university, livability, population, ease of transportation, and accessibility to all forms of entertainment.

Read more: Best disability friendly colleges in the US

What Are The Reasons for Building These Best Student Cities in Australia?

The low cost of living and the high standard of education offered by Australian universities are two of the many factors that have fueled students’ interest in studying there.

This is in addition to the area’s stunning scenery and the locals’ welcoming attitudes toward international students.

The number of international students interested in studying in Australia increased as a result of the latter factor.

As Australia’s educational system has advanced and the number of student cities in Australia has increased, many student cities have been established within its major cities. Its goal was to make it easier for students to live and learn without running into any challenges.

What are Australia’s top cities for students, then?

Adelaide is ranked 26th on the list of best student cities. It is known for its attractive wide boulevards, open spaces, parklands, and a city center that is easy to get around. It is on the south coast.

In addition to being close to wonderful beaches and islands, Adelaide is also close to the Adelaide Hills, which are ideal for hiking, cycling, wildlife viewing, and sampling some of Australia’s best wines close to the vineyards in which they are produced.

There are four universities in this city, and they are some of Australia’s top universities. It offers its students top-notch programs. In Adelaide, there are a lot of international students; they make up 27% of the total student population.

Perth is another student-friendly city on the western coast of Australia, about 2,000 miles from Melbourne and Sydney. Perth ranks at the top of the student city rankings, with many cultural and recreational activities and culinary sights.

The city’s main attractions are the Scitech Discovery Center in West Perth, Kings Park, one of the world’s largest inner-city parks, the Pinnacles, and Cottesloe Beach.

One of the best student cities in Australia, it is a lovely Australian city. Perth is the second most expensive city in Australia. However, it became a well-liked travel destination for foreign students worldwide due to its robust labor market and the presence of four prestigious universities. One-third of the total student population in this city were foreigners.

Brisbane, another of the best study cities in Australia, is student-friendly and receives over 50,000 international students each year. It’s also a popular tourist attraction due to its location on the Gold Coast, with some of the world’s best-known beaches. This modern city has a warm and sunny climate, a busy nightlife, and a strong focus on sports. While it is not cheap, it is significantly less expensive than Sydney and Melbourne. Brisbane is the 83rd most affordable city in the world.

It makes sense now why there are so many foreign students there. There are only three universities in Brisbane. It also has a lot of academic institutions in many different fields. Universities in this city stand out for the excellent education they give their students.

There is a ton of entertainment available in this city. About 22% of all students enrolled in this city are from other countries.

Canberra is Australia’s capital and home to two universities, one of which is the top-ranked Australian National University. There are 35,000 students in the city, with 9,000 being international students.
Whereas Canberra is an excellent location for university studies, it could be a costly place to live.

One of Australia’s most significant and desirable student cities is this one. It serves as the nation’s capital. It is a small, charming city that only has two universities, which sets it apart.

There are about 35,000 students in this city, including 9,000 from abroad. They come from different nations. Despite the city’s high cost of living and housing, students are drawn to the university because of the degrees it offers.

Eighth on the QS Best Student Cities 2022 list, Sydney is a better choice for international students. Sydney is the largest city in Australia. It has beautiful beaches, lots of green space, and a diverse group of students.
It has five internationally ranked universities. Sydney receives over 50,000 international students each year and provides excellent employability. Because Australia is truly multicultural and open to everyone, being a student there is a full experience.

Sydney is one of the best student cities in Australia and a special destination for anyone pursuing a scientific degree at an Australian university. Despite having expensive housing and other costs, this city still managed to draw in students. Additionally, it offers its students a prestigious scientific certificate that is respected throughout the entire world.

There are many recreational areas in this city where students can have a good time and forget about the hard work they put into their studies.

The city is home to seven universities ranked internationally. It has the highest score for student mix, and culturally diverse exchange is mentioned as one of the best things about student life in Melbourne. With its amazing beaches and high living standards.

There are about 270 thousand university students in this lovely city. There are roughly 9,000 international students there who have emigrated from a variety of nations to pursue their studies.

Melbourne is unique in having eight universities. As one of Australia’s most picturesque cities, it offers a wide variety of entertainment and cultural opportunities. Public transportation makes it more enjoyable to travel across the city.

One of Australia’s most significant and desirable student cities in Wollongong. This city, which has a population of about 300,000, is one of the smallest student cities in Australia. One university with many student programs is located in the city. 80 kilometers south of Sydney is where it is. It stands out for having affordable housing and living expenses.

There are about 27,000 students in this city, with a thousand of them coming from abroad. They arrived in this city, which has a great reputation, from all over the world in the hopes of earning a university degree there. The city’s university also provides graduates with a variety of high-paying job opportunities.

Hobart, another regional area, is Australia’s safest city and has the cleanest air. Students can roam and walk around Hobart without fear because the locals are very welcoming and friendly.

Small classes at university are good for students because they get more attention and interaction from their professors. It could assist you in comprehending more and graduating with a high GPA.

Not to mention the lovely views, cool climate, and low living costs, which make this city ideal for international students.

One of the most significant and desirable student cities in Australia is Hobart. With affordable housing and living expenses, it is Australia’s least expensive student city.

The University of Tasmania is the only university there. The institution is among Australia’s top universities. 20,000 people attend this university, and 5,000 of them are foreigners.

The Gold Coast is one of the best places for students in Australia because it has a lively culture and 300 sunny days a year. It has 52 kilometers of gleaming golden sands and a suburb called Surfer’s Paradise.

The beautiful coastline is backed by a subtropical rainforest that has three national parks, mountains, waterfalls, and natural rock formations. The Gold Coast is home to four major Australian universities, such as Bond University.

One of Australia’s most notable and attractive student cities is Gold Coast. It is a popular tourist destination known for its gorgeous weather and beaches.

This city is home to Griffith Community and Bond University. Despite the expensive housing and living expenses, many students choose to attend there.

Darwin is a young, lively city with one of the highest unemployment rates in the country. This makes it a great place for students to find work.

Students who prefer a relaxed and laid-back atmosphere would enjoy this city because it is not surrounded by skyscrapers and offers a variety of activities on weekends and during semester breaks.

Crocosaurus Cove has crocodile encounters, Wave Lagoon has swimming, and Nightcliff has weekly markets. You will not be bored.

Australia is one of the world’s preferable cities for students to study and live in. They have outstanding universities and a high standard of living. Then, these common questions should know more about the Best Study cities in Australia:

1) What are the best cities in Australia for Indian students?

Melbourne, Sydney, Brisbane, Canberra, Perth, and Adelaide are the top 5 cities for Indians in Australia. They house the best academic universities and provide the knowledge of a bustling cosmopolitan city.

2) What is the perfect place for a student to live in Australia?

3) Is it less expensive to live in Perth or Sydney?

Perth is one of Australia’s most affordable capital cities in terms of real estate, with prices roughly half that of Sydney.

4) Why is Perth superior to Sydney?

Walking around the two cities, it is clear that Sydney is much larger and more crowded, whereas Perth has a more convenient center than New South Wales’ capital and is easier to explore at a relaxed pace.

We discovered everything about the best study cities in Australia in detail, and we hope you like it too. If you need to know more information, don’t hesitate to reach out to us.

In a conclusion, Australia has a number of student cities that offer housing and other amenities to students. They are dispersed throughout the tiniest continent on earth. Sydney and Canberra are the best student cities in Australia, but the others are also noteworthy and worth residing in.

Why study a degree in public safety in 2023?

Studying in Switzerland isn’t a Dream Anymore | An Ultimated Guide for YOU!