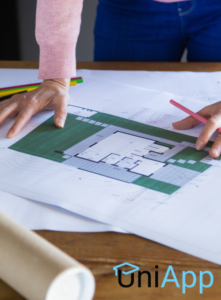 Germany is an affordable country to pursue an engineering degree, making it among the top reasons to study engineering in Germany.

You ponder the rationale behind why I should decide on Germany in particular to earn my engineering degree there.

But there’s no doubt that Germany is a special place.

It’s a remarkably wealthy European nation with a kind and prosperous way of life. Particularly for engineers, the education there ranks as some of the best in the world.

More information about the benefits of completing an engineering degree in Germany will be given in the lines that follow:

Is Germany good for Engineering?

There are many reasons that make Germany the right place to study civil engineering, and the most prominent of these reasons is the quality of education that German universities offer.

Among the other reasons that made the attention of international students turn to Germany is the great development that the country is witnessing.

Germany is one of the best countries that contains all the means of Technological development, and studying civil engineering in Germany is a dream for a large number of students.

In this article, we will take a trip to Germany to learn about the most important and best universities to Study engineering in Germany in English.

What Are The Top Reasons To Study Engineering in Germany?

Let’s talk about the reasons to study engineering in Germany for foreigners, and keep in mind that Germany is the home of job opportunities after graduation, especially for those who learn German.

In Germany, when you study for an engineering degree you won’t be confined to or locked in a single option. You will without a doubt be able to find your preferred course of study in one of Germany’s universities or colleges, regardless of the type of engineering master’s degree you are interested in.

You will be spoiled for choice with the range of engineering courses offered by German universities, from specializations like Nanotechnology to Media Engineering, Cartography to Climate System Sciences.

Finding your ideal Engineering Master’s program and specializing in a particular area in this constantly changing industry won’t be difficult.

2. Enjoy the diversity and multiple cultures

For any international student in a foreign country, the need not to feel strange in the country where you study is another asset. It helps you live smoothly and securely in the community where you live and study.

In Germany, universities and colleges thrive in a diverse environment that helps all students quickly acclimate to the overall academic system.

According to the most recent information offered by ICEF Monitor, more than 300 000 foreign students have picked Germany as their country of study.

The caliber of the courses, the study spaces, and the highly qualified professors are frequently praised by students. Students were pretty satisfied with teacher involvement and were happy that the courses contributed to their personal growth.

High academic benchmarks and highly qualified professors are other common complaints. Many students are complimentary of the facilities’ high standards.

3. Low to no tuition fees

All international students worldwide pay low or even no tuition fees at the majority of universities, colleges, and engineering schools in Germany (particularly public universities)  True, in Germany you are entitled to free education.

German universities only charge administrative fees, which range from 100 to 200 euros per year and are used to pay for student services, transportation costs to and from the university, or student cafeterias.

The only public universities that charge tuition are those in Bremen, Lower Saxony, Saarland, Saxony, Saxony-Anhalt, or Thuringia.

You will also be required to pay tuition if you enroll in a Master’s program in a subject entirely unrelated to your Bachelor’s degree program.

The abundance of job opportunities is one of the top reasons to study engineering in Germany because Germany is the best country to find a job or a career after receiving your degree.

Engineering careers are typically easy to find in Germany because the manufacturing sector accounts for the majority of the country’s GDP.

In fact, Germany will always require experts in science, engineering, and technology because the majority of German tech companies are engaged in cutting-edge and applied research. Recent data indicates that among all EU employees, Germany has the second-highest proportion of engineers.

In Germany, it is legal for foreigners to live and work, and engineering experts typically make around 46,126 euros per year.

5. You will always be connected to the industry

Modern research has historically been led by Germany. German universities and research institutions have long maintained close symbiotic and strategic ties with businesses and industries.

This presents fascinating chances for students to apply the abilities acquired in Engineering courses to actual problems in real-world settings.

For instance, Loughborough University, collaborates with well-known businesses like Siemens, General Electric, BMW, and offers students the chance to work on research projects with regional research institutions like the Max Planck Institutes and Deutsches Museum.

Therefore, what we mentioned are enough reasons to study engineering in Germany and it really worth it.

This is because the majority of German engineering schools offer Master’s programs in English that are specifically targeted at international students.

High academic standards apply to all study degrees, even those with a focus on engineering and technology.

Scholarships are another great aspect for you if you are considering Germany among your options for studying engineering outside your country.

International students can apply for scholarships from a variety of organizations in Germany. Universities, research institutions, governmental agencies, and businesses are just a few of these.

Engineering scholarships are either created to support at least a portion of your monthly expenses, such as housing, study materials, etc., or to cover your tuition fees (if necessary).

There are many organizations that provide financial assistance to international students, but the DAAD and Deutschlandstipendium are two of the most prevalent.

You can access the Study portals Scholarship as well if you need assistance paying for your studies in Germany.

What are the benefits of studying engineering in Germany?

Germany has many benefits that make it one of the best study destinations for any international student, especially for those wishing to study engineering, the most prominent scientific and practical disciplines that are indispensable. The advantages of studying engineering in Germany are as follows:

Reasons to Study Engineering in Germany in English

For example, as of the Winter Semester of the 2021-2022 academic year, 139,559 international students had signed up for German engineering schools.

The current impact of global excellence in teaching and research is built on a rich tradition in higher education and a revolutionary approach to future engineering challenges.

How much does it cost to study engineering in Germany?

On the surface, studying engineering in Germany appears to be expensive. However, reality suggests otherwise. Most German universities do not charge tuition fees for engineering students, but you must be able to cover your own living expenses.

A total initial budget of 17-18 lakhs NPR is usually required, including the first year’s living costs of 10500 Euros in the form of a blocked account. Mechanical Engineering in Germany.

What About Available Programs in German?

After the United States, Germany is considered the world’s second-most popular place to study Mechanical engineering. It’s encouraging for all those who are seeking reasons to study engineering in Germany.

Aside from the high quality of the degree courses, it is popular in Germany because there are no tuition fees. Mechanical engineering bachelor’s and master’s degrees are available at hundreds of German universities, the majority of which are taught in German, though some are taught in English.

If you are seeking to obtain a German-taught degree, you must demonstrate adequate German language skills. Most mechanical engineering programs do not have limited admissions (such as aptitude tests).

They are therefore easier to get into than some more in-demand degrees, though you will need to demonstrate a strong interest in the subject.

Germany is home to a large package of great universities. When it comes to reasons to study engineering in Germany, universities abound. They are sophisticated and high-quality—both private and public. Here are some of them:

The Brandenburg University of Technology was established in 1991, but it had been a construction and engineering school in the former GDR from 1954 until reunification. It has over 6000 students, nearly 2000 of whom are international.

Read more: Study a master’s in data science in Germany in 2023

You have many reasons to study engineering in Germany because it enjoys wealth and prosperity.

It has a cutting-edge educational system, and many of its universities are highly ranked internationally. Additionally, there are respectable levels of coordination with the engineering industry, significantly reduced tuition fees, and a focus on research as a top priority.

After graduation, Germany is also where you can find promising jobs. You can land your ideal job and earn astounding compensation.

Germany is an industrialized country that is ideal for engineers and offers a wealth of opportunities. The chance to study engineering in Germany is one that you shouldn’t pass up.