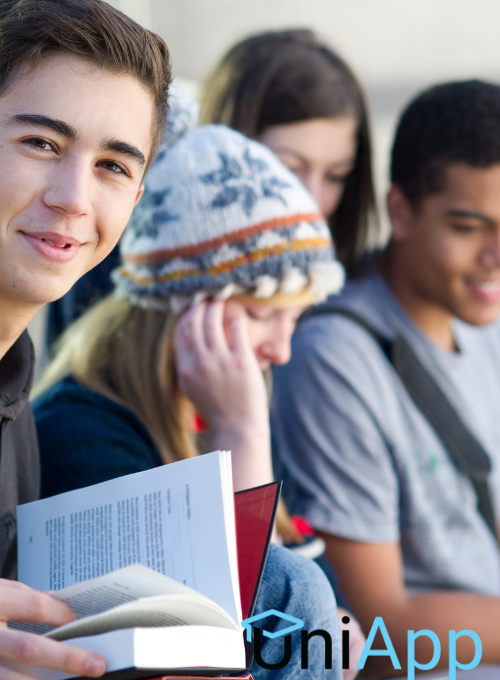 Study in Scotland for international students is an essential topic, so we will discuss everything about it step by step through this digital report from UNIAPP press.

Scotland is one of the countries that make up the United Kingdom, and Scotland is characterized by its development and progress in all fields, especially in the field of higher education, where Scotland has a modern and advanced higher education system.

International students prefer to studying in Scotland, because of its cultural and educational history that makes it the focus of attention for students from different countries.

Scotland has some of the best universities in the world. Three of Scotland’s universities are ranked in the Times Higher Education Top 200, and It’s the most educated country in Europe, according to the Office of National Statistics. Read our Uni-app  guide to learn all about about studying in Scotland. How Much Does It Cost of Study in Scotland for international students?

All students in Scotland are required to pay a fee to enter the university. What you pay depends on your fee status, as well as where you live. Students from Scotland and the European Union (“home” students) pay the lowest tuition rates. The costs of undergraduate degrees in Scotland are usually covered by the Student Awards Scotland Agency.

The term “rest of the United Kingdom” refers to students from Scotland, Wales and Northern Ireland. They must pay more at home than students for their undergraduate degrees, but the postgraduate tuition fees are usually the same for both groups.

Students who are not UK or EU nationals are considered ‘international’ students. Students from other countries usually have to pay more for studying in Scotland.

The status of your tuition fees (for example, whether you are a ‘home’, ‘RUK’ or ‘foreign student’) and the level of study you intend to pursue greatly affects the price of your university education.

In Scotland, university tuition fees are free, but only for those who are nationals of the country. All tuition fees at any Scottish university if this is the case (SAAS) will be paid by the Student Awards Agency for studying in Scotland (SAS).

Tuition fees will be required for both undergraduate and postgraduate degrees if you are an international student (including EU students from 2021/22 onwards). It is important to note that the cost of both courses will vary depending on the university you choose to attend.

A Scottish education offers excellent job prospects. Employers place a high value on graduates from Scottish universities, with nine out of ten graduates finding work or furthering their education within six months of graduation.

This is due to many educational institutions collaborating with employers to fully prepare students for the transition into the workplace.

The guide to Study in Scotland for international students

Study in Scotland for international students is an essential topic, so we will discuss everything about it step by step through this digital report from UNIAPP press.

Have you heard that Scotland has more world-class universities per capita than any other country? Did you realize that in the United Kingdom, Scottish university graduates have the highest rates of work or further study? Or that Scotland has the highest percentage of student satisfaction in terms of educational performance in the United Kingdom? You should know how Study in Scotland for international students is a priceless case.

Scotland is the northernmost country in the British Isles, comprised of the Scottish mainland and several small islands off its coast. Scotland is well-known for its untouched and impressive Lochs and nature reserves.

However, the country also has seven cities and some large urban populations in cities such as Edinburgh and Glasgow.

2. Life as a Student

Universities in the United Kingdom make a concerted effort to encourage students to develop their own opinions, ask questions, and continue pursuing their thoughts.

As a result, student life in Scotland allows you to get implicated: you can run for Student Union elections, form a society, raise funds for charity, write for the university newspaper, or perform for the university’s sports teams.

Tuition fees in Scotland vary according to whether you are an EU or an international student.

Student fees are required for international students from outside the EU at both the undergraduate and graduate levels. Student fees differ based on the institution.

Those looking to further their education abroad have many possibilities. Grants and scholarships are accessible through a variety of channels. You could also apply for student loans. The program fees change based on where you want to study.

The Uk has a higher rate of international students than many other countries, but if you, like me, have your heart set on Scotland, don’t be discouraged. Do your homework and keep in mind that when there is a will, there is a method. It is possible to study in Scotland.

Living expenses in Scotland are usually lower than in the rest of the UK, so if you realize how to budget well, you can live comfortably for a low cost.

You were only required to provide the money to demonstrate that you’d be financially secure while living there.

Once able to apply for your Tier 4 Student Visa, you must demonstrate that you have the funds needed in advance, but if your GI Bill covers living expenses.

A Tier 4 Visa permits you to work up to twenty hours per week, which many students do in the UK.

Part-time work is also a fantastic way to meet new individuals and get involved in your community.

Scotland offers a variety of scholarship and funding options for students at the undergraduate or postgraduate level, which is one of the reasons that students think about studying in Scotland. Examples include:

This scholarship is available to Commonwealth citizens who want to study in Scotland. Scholarships for postgraduate and bachelor studies are available depending on the students’ home countries.

This scholarship is only available to US citizens pursuing postgraduate studies in Scotland.

A scholarship is a program offered by the British government to fund full-time or part-time courses at any university, as well as postgraduate studies in Scotland.

This scholarship is intended for students residing in the United States (South America and Africa).

What Scotland has to offer is one of the factors that encourage students to study there. It provides the arrivals with the most entertaining atmosphere possible. It may occur to you that Scotland is nothing more than a collection of peaceful rural villages.

However, many people are unaware that Scotland is one of the world’s centers for a variety of activities (cultural, sports, music, and entertainment).

Due to Scotland’s numerous musical contributions, it was recently designated as a UNESCO World Heritage Site. Sports fans will find a destination there, as the international player Andy Murray who is ranked sixth in the world in tennis, is from Scotland. And Glasgow hosted the 2014 Commonwealth Games.

There are people who are very famous in the world who graduated from Scottish universities, including (Prince William), who studied at the Scottish University of St. Andrews, and from there he met Princess (Kate Middleton), who later became The Duchess of Cambridge. Some Hollywood stars, including Gerard Butler and Michael Douglas, studied in Scotland, including actor John Cleese.

Universities from which great figures, royals and actors graduate must be of unrivaled record in terms of quality of education, facilities, professorate and overall impact on students. These universities include:

The University of Edinburgh, the sixth-oldest university in the English-speaking world and a part of Scotland’s capital city since 1583, is ranked first among the top universities in Scotland and 20th in the world. Along with other universities, it is listed in the QS World University Rankings this year, all in the 801-1000 range.

The University of Glasgow, which was founded in 1451 and is home to Scotland’s oldest public museum and the largest Scottish university by student population, is also the fourth-oldest university in the English-speaking world.

The University of Glasgow, which is ranked joint 77th in the world, is located in Glasgow’s West End’s Hillhead neighborhood, which is known for its fashion and cultural diversity.

One of the most compelling reasons to study in Scotland is to participate in world-class research. Many world-changing innovations have come from Scottish universities, including the MRI scanner and keyhole surgery.

The high quality of Scottish education is reflected in the fact that 86 percent of Scottish research has been judged to have a significant impact. With some of the world’s most highly regarded scientific institutions, studying in Scotland provides students with access to world-class facilities and numerous centers of excellence.

inclusion, there are many reasons to study in Scotland. All these reasons and more make Scotland a perfect study destination for your postgraduate study adventure.

If you don’t know which study program you want to choose at which university, Uni-app can give you a hand with finding the best study program of your dreams.

The Benefits of Study in Scotland for international students

There are numerous activities to satisfy your weekends away from studying gratitude to Scotland’s exciting scenery of rivers and mountains. Lifeboat, surf on the lakes or coast, or ride your bike through Scotland’s lovely mountains and hills.

Scotland’s coastlines, islands, and mountain ranges are breathtaking, and its distinct scenery would then captivate you. There will always be something new to discover, with national parks, canals, and beaches providing a unique time.

Scotland has a rich cultural history that spans nearly 1,000 years. Residing in Scotland involves getting up close and personal with the country’s numerous historical battlefields, castles, and landmarks.

What are the attractive things to Study in Scotland for international students?

Low living costs – get more for your funds in Scotland, where the living costs are lower than in many of the rest of the UK.

Food that has won awards: Scotland is famous for its food; explore outstanding global restaurants that offer fresh local produce.

Tourist attraction: Scotland has many popular destinations, ranging from castles and heritage landmarks to galleries and museums.

Famous celebrations: From the Edinburgh Fringe and the Highland Games to Burns Night and Hogmanay, Scotland has an active celebration calendar.

What sports could I indeed participate in Scotland?

Scotland is for sports fans. Popular sports at the core of several communities all over the country involve golf, rugby, football, tennis, and curling, but also shinty – a game believed to have captivated hockey.

Is it simple to get around Scotland?

You can go on weekend excursions thanks to Scotland’s excellent rail network. Or take the bus for free – the Scottish Government has made bus travel free for all Scottish inhabitants under the age of 22, such as international students.

One of the most joyful cities in the United Kingdom

Stirling Castle, as well as the site of the Battle of Bannockburn, are both spectacular medieval landmarks.

A national cultural center is well-known for its shopping, vibrant music community, exhibitions, and theatres.

Edinburgh, the capital city of Scotland:

A festival city, Edinburgh is the residence of the world’s largest arts and humor festival, the Edinburgh Fringe, in addition to other big global festivals.

We discovered everything about knowing the Study in Scotland for international students in detail through these previous points, and we hope you admire it too much, mate.