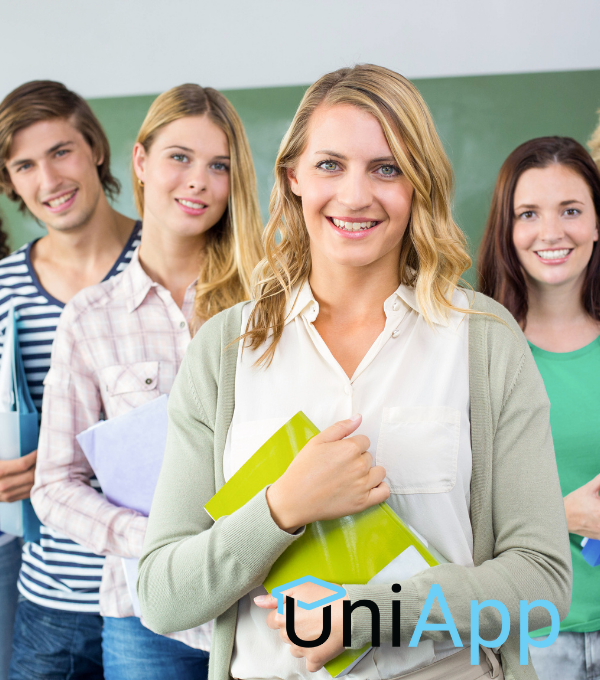 In the pre-university stages, students are looking for a university major. Every student aspires to a specific academic specialization, and one of the determinants of this in some countries is that students achieve outstanding grades in general secondary school.

However, private universities have recently emerged as a common solution to the problems that students have faced in recent years. In this article, Uni-App have compiled a list of the Best College Major in 2023 based on research covering job prospects, graduate salaries, and popularity.

Read more: What are the top medical programs in 2023?

What is the most popular college major?

There is no doubt that regularity with a specialization based on the student’s desire raises the overall status of scientific research. That’s because the student in that case has a sense of psychological comfort, and thus access to the stage of creativity. On the other side, the major the students choose at the university defines their path in it.
As the world progresses, new majors and courses emerge. It is critical to select the best College Major that will withstand the rapid changes in the economy and job market. Because of technological advancements, there are numerous new industries and lucrative courses to choose from:

Engineering is one of the most popular College major chosen by students around the world today. Graduates are frequently required to design various structures using mathematical and physics principles and Bachelor of Engineering will provide you with excellent critical thinking and problem-solving abilities. One of the most notable features of this college major is the variety of specializations available.

Computer science is another college major that has grown in popularity. According to the American Bureau of Labor Statistics, there is a growing demand for experts in this field.

Software development, program design, and cloud technology are some of the topics you will study as part of your computer science major. As part of the course curriculum, you will be required to improve your coding skills.

One of the most recent university disciplines to emerge. It is one of the best disciplines with a promising future because the world cannot continue to rely solely on fuel, necessitating research and study of alternative sources.

Medical engineering is one of the best engineering disciplines because it combines engineering and medicine. It conducts engineering research on the human body in order to develop advanced medical machines and software that aids doctors and nurses in their work.

Aviation Engineering is one of the world’s best and most luxurious university majors. It is a science that studies the various parts of the plane, its software systems, maintenance and design methods, and how it works. Engineers in this field are among the highest-paid professionals.

It is currently regarded as one of the best university majors due to the world’s terrible technological development in recent times. A plethora of modern marketing methods emerged, increasing the labor market share of this specialization.

A bachelor’s degree in cybersecurity could be a massive benefit once looking to start a career in a constantly evolving world that is becoming more dependent on the utilization of technology.

This principle would then ensure that you are up to date on the latest developments in the field and will teach you other information technology skills, such as programming and software design.

An individual who has studied cybersecurity is likely to be employed in cybersecurity for a company or government entity, but that’s not the only possible career path for grads with this college major.

Software and app development, as well as a variety of other i.t and tech jobs, are joint for graduates of this best college major.

An undergrad degree in biology prepares students for medical careers such as nursing and physician assistant. Whereas most medical degrees necessitate graduate study, biology main lays the groundwork for this in-demand sector.

Physics is ranked third among the Best College Majors. It is a popular college major choice for students because bachelor programs in physics could indeed result in graduates moving ahead with their schooling and working in research centers.

Physics graduates could typically seek employment as engineers in various industries and a possible role in academic circles and research. This is a popular college major because research positions in physics could be incredibly profitable.

Because the course of study would then integrate these fields of study on a routine basis, prospective students must have a mind for computation and scientific knowledge. Bachelor’s degree holders are more likely to pursue a doctorate in engineering for progress and higher pay.

A data science one of the Best College Majors, also known as data science, examines and analyses data in search of specific details before organizing it into reports.

Students will learn how to employ programming languages and visualization software to assist organizations and governments in making sense of the massive amounts of data they gather.

Did you realize that students who enjoy gaming could turn it into a rewarding job? As gaming grows, so does the demand for game design majors. Educators in this major are taught the fundamentals of designing video games and applications, as well as coding and software.

Eventually, a business degree ranks sixth among the Best College Majors. Choosing an Economics of study in college is an outstanding opportunity to capitalize on the existing demand for data specialists.

Studies in this top major would then not only give you a better understanding of the economy and finance but also polish up your skills in data analysis and equip you with a helpful exchangeable set of skills.

A college degree in this major could open up various opportunities for prospective students. Numerous economist jobs are government-based and pay well, but there are other options, like becoming a data analyst or working in the financial industry.

The hospitality management major prepares students to be rulers in the hospitality sector. They gain knowledge of risk mitigation, advertising, strategic planning, and creative problem-solving methods.

In addition to a bachelor’s degree, hospitality management majors could earn specialized certifications in regions such as executive leadership, event management, travel and tourism, and restaurant work.

Health informatics majors merge health care coverage with information systems, and graduates could anticipate working as network system administrators or knowledge analysts. It’s a highly-ranked major for those who wish to advance up the academic ladder and get into research later on.

The nursing sector is set for expansion as the population increases and disease prevalence rises. To be prepared to interact with patients, nursing staff generally take classes such as human anatomy, microbiology, disease pathogenesis, and others. Before actually working in a medical environment, they must also finish clinical experience.

Financial technology (Fintech) majors are beginning to appear at universities all over the globe. Fintech majors can expect a robust employment market as one of the latest and quickest job sectors in finance.

This major is in high demand, and many graduates could anticipate finding work in the field. Nevertheless, there are other choices with this best major, with some pursuing product development and project management as an alternative path.

Programs for this major are frequently lengthy, so many courses would allow students to spend a year of their degree gaining experience.

While the legal employment market is not growing as quickly as other job markets, elder law may see a rise in job prospects. This type of legislation is concerned primarily with vulnerable, older adults.

Because it provides a broad overall view of social and behavioral sciences, a degree in pre-law (or even politics, heritage, English, or philosophy) would then make preparations for ambitious young lawyers for law school.

Whereas most people seem to think of teachers once they consider a major in education, that is only one choice for an educational career. Educators could work as teachers, academic researchers, principals, administrators, and others.

Construction management is one of the best possible majors that is on the increase. It’s like the previous two top college majors but aimed toward hands-on builders. This main is in high demand due to the nation’s growing requirement for more residences, schools, commercial buildings, and hospitals.

A college major in building projects could be an effective method to land a construction manager job. This role is becoming progressively in demand as the property market and the financial system continue strengthening.

If you enjoy building, business, and monitoring others, this might be one of your Best College Majors.

Any good college major could be the best if it reflects what you want to gain knowledge and your future career.

we find that the most popular college major to study abroad are many and varied, but the important thing is to choose the profession or specialization that suits your abilities and that guarantees that you will excel in it and will be able to succeed in it, and that it matches the nature of your thinking.

7 Things you should know before becoming a medical student