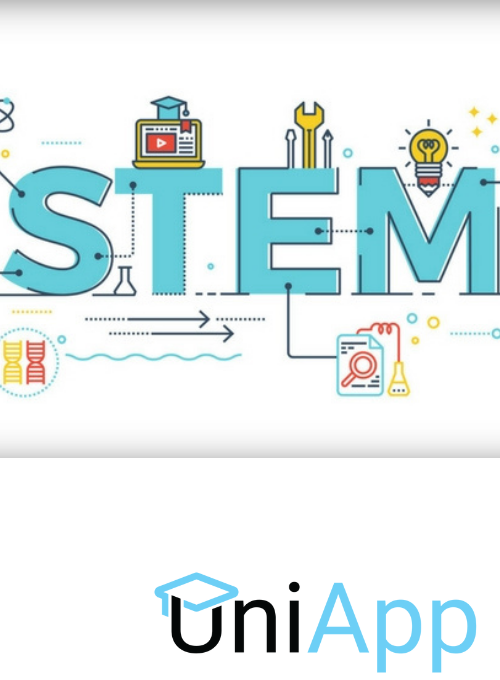 It is no secret that a STEM degree is the best way to secure yourself a stable and wealthy future. With the world becoming more and more reliant on technology and the sciences, it only makes sense that the demand for people specialized in them would increase. And while there are many great countries out there to Study a STEM degree in, it is no secret that the United States of America is easily one of the best countries to get one. If you are thinking to study in America then keep reading as we’re going to look at some of the top American universities in which you can get a STEM degree in. Read more: The Best Countries for Studying a Masters in Computer Science

When talking about STEM degrees in American universities, it’s almost a rite of passage to mention the Massachusetts Institute of Technology. A private university based in Cambridge, Massachusetts, this prestigious university has a wide array of STEM programs for both bachelors and masters students as well as an innovative curriculum and studying methodology that keeps their students on their toes as well as a STEM Summer Institute that organizes programs for high school students who are interested in the sciences.

The special feature of this university is that, well, it is the American university, bar none. If you want the crème de la crème, the absolute best that the American education system has to offer, then you want MIT. The lists constantly put it as the number 1 American university, its graduates go on to become Nobel Prize winners, MacArthur Fellows, astronauts, head of states, renowned scientists and so much more. The acceptance rate may be a brutal 7%, the workload may be strenuous and gruelling, but if you can get accepted and score high grades then you will truly be the best in your field.

Missouri University of Science and Technology

If the expectations from the last choice made you a bit too nervous then not to worry, we have a more laid back and simple choice coming up. Located in Rolla, Missouri, the Missouri University of Science and Technology is an American university which also specializes in STEM studies, with a particular focus on engineering disciplines such as mechanical engineering, industrial engineering and electrical engineering. It also has a special kinaesthetic-learning based curriculum with an emphasis on project-based research assignments and encouragements to enter extracurricular activity fields which line up with your major.

What makes this American university special is the generally laid back statistics. With an acceptance rate of 81% and an average tuition cost of roughly eleven thousand dollars, this university is one of the more accessible STEM universities out there. Don’t let the accessibility fool you into thinking that this is a low quality American University, though-with a long and extensive history and a massive list of notable alumni, this institution can definitely pull its own weight. Unique to it too is its renowned business branch, something that most STEM universities don’t really have.

Swinging to the other end of the pendulum once more, we now take a look at another STEM American university which many consider to be extremely prestigious-Stanford University. This university right here is just an all around good choice-considered to be a pioneer in STEM education and research options, cutting-edge technology, high student satisfaction, lively campus life and first-class education are just some of the benefits that this American university has to offer. It also has many renowned research facilities as well as excelling in several STEM fields across the board such as Computer Science, Engineering, Medicine and Biology. And with 17 Nobel Prize winners having begun their academic journey in this very university, you can tell that their students have the potential to do great things.

On top of all this, Stanford University also has an ace up its sleeve. Out of all the American universities on this list, this one has the closest connections to Silicon Valley and the technology field in general. If your academic path involves engineering and technology, then Stanford University is your pick.

If you are a native of the United States, then there is a special option that you can pursue. The United States army and its several branches have their own academies dedicated to them which are more well versed in STEM degrees than you would think. Each branch has their own specialities in which they excel in-for example, the Coast Guard Academy excels in Civil and Mechanical Engineering, the Navy Academy prefers Technology Management fields; specifically their Cyber Security Studies programs, and the Air Force, unsurprisingly, excels in Aerospace Engineering and Space Engineering.

And these three institutions have just about the most alluring notable feature of them all-free education. In a nation where students going into crippling debt to achieve their academic goals is a common experience, the idea of getting a high quality education that’s subsidized by the government is more than enough to convince people to enroll. However, there is a catch-after graduation, you must spend a certain amount of years in the branch which your academy was dedicated to. Some people might have reservations about joining the army, but if you do take some time to think about it there are quite a bit of benefits to it-the job security of being immediately assigned a job, being able to have hands-on experience with your field, as well as numerous networking experiences.

Michigan Technological State University is an American university whose roots has always been deep in engineering, with its birth being as an educational institution for mining engineers. Even to this day, the tradition still holds with over 60% of the enrolled students being in engineering programs. With an emphasis on invention-making and research, the people at this American university are less concerned with treading old grounds and more interested in innovating breakthroughs in the technology industry.

Speaking of innovative breakthroughs, if your career path involves studying robotics then this university might be for you. Michigan Technological State University is well known for its emphasis on robotics as well as their emphasis on science and medicine. With some of their projects including nanosatellites, bionic body parts and prosthetic ankles you’d think that this place would be a sci-fi movie set instead of an educational institution. On top of that, the university also places heavy emphasis on other important skills such as critical thinking and innovation in projects.

And there you have it-some of the best American universities to begin your journey into the field of STEM. If you still have your doubts and would like to spend some time looking through more universities, why not try UniApp and their patented search program?