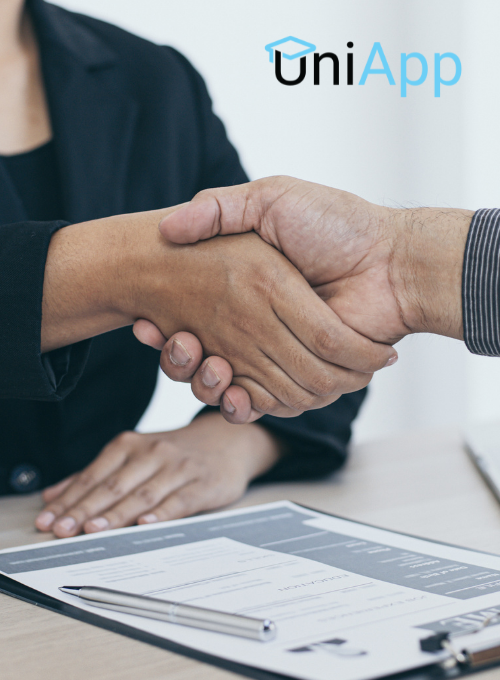 Doctors and dentists and other medical practitioners take the top spot in German professional salary rankings for graduate jobs and for good reason. They are incredibly valuable professionals that people can’t live without. The German healthcare system is also very advanced and health is considered a top priority in the country, leading to the highest pay levels. The job responsibilities are also some of the most stressful, which is why they deserve the high salaries as they deal with people’s health and lives.

Offering the second highest salary range in Germany is the position of portfolio manager. Tasks for this job include advising and carrying out investments for people or for entire organisations. They are responsible for dealing with large amounts of cash and this is a highly stressful matter so it makes sense that they would get paid well. To work this job, you’ll need to have specialist knowledge of financial markets and business transactions which comes when you study a master’s in finance. You’ll also need to have good interpersonal skills, networking skills and relationship management skills to do this job well.

In a tie for the same average annual salary as the portfolio manager is the role of program manager. They are senior leaders in project management and manage several projects in the most efficient and effective manner, through improving the performance of the project team and the strategies followed. Program ermanags need skills such as persuasion skills, deep knowledge and high organizational skills. They also need to be able to multitask and manage several projects simultaneously and also different workstreams in them.

Another highly ranked type of graduate jobs when it comes to payment is the lawyer position. Lawyers need to have deep knowledge and understanding of law and cases. They need to learn how to act swiftly and smartly in legal situations such as agreements, tribunals or in legal court. Lawyers are very highly respected in Germany as they need to have both specialist legal knowledge and be able to express this knowledge in a neutral, professional yet easy to understand fashion. They’ll also need to be able to formulate compelling and convincing arguments to convince people of their client’s case to take their side, even if they are in the wrong.

Would you like to obtain a Sport Psychology University Certificate? you can apply now to IST-Hochschule für Management University of Applied Sciences in German.

Another highly paid salary is the position of a software architect. This job role includes leading strategies and programming softwares to formulate products and services for a company. They lead a team of programmers and oversee their programming. They should also have great software engineering, project management and leadership skills to be able to properly lead a team. The more programming languages they know, the more valuable they are to the organisation.

Next on the list of most highly paying graduate jobs in Germany are risk managers. They have the task of finding out risks and controlling them for their organisation’s capital or investments in general. They need to be highly skilled in methodologies and analytics and have a high attention to details so they can identify external or internal risks to the company. They have a very broad role and unlike actuaries, who identify only negative risks, they also need to identify positive risks. Positive risks are those that should be managed in a very thoughtful manner so they can produce financial benefits to the organisation.

Another high paying and very rewarding job to work at in Germany is as a pilot. This is due to the fact that Germany is considered a hub for many airlines such as Lufthansa, which has been recognised consistently as one of the top airlines worldwide. Pilots start off their professional career as first officers and then transit into the captain and training captain positions as they get used to flying the aircraft.

Because this is a complicated and high risk situation, they start off flying short flights and then if they choose to, they can start flying long-haul flights to global countries. This job is a very exciting one but requires a lot of training and incredibly high levels of concentration all the time. A plus for these graduate jobs, besides the attractive salary, are that they allow you to travel the world so there’s never a dull moment!

Industrial engineers also get paid pretty well because they are needed by all organisations to increase productivity and decrease costs. This job role works on making companies more efficient, focusing on products and services. An example of this in the product sector would be working in a consumer goods factory to reduce machine time and other redundant resources. If you work as an industrial engineer in the service sector, you’ll focus more on decreasing time, money and working hours that aren’t needed to be productive.

Read more: Should you study an Engineering Master’s Degree in Germany or USA?

Rounding off the list for the top paying graduate jobs in Germany is the profession of a psychologist. They are also highly prized in Germany because mental health is as important as physical health. Psychologists take care of people’s mental states and help them better deal with mental illnesses like depression, anxiety and others. They help them find solutions to their problems, sometimes through techniques that include conversations or medicines. The job is very demanding and stressful, which makes it deserve a high yearly salary.

After learning about the top earning graduate jobs in Germany, you might be interested in learning about how the German work visa operates. If you are an EU citizen or a citizen of the United States of America, Australia, Canada, Israel, Japan, New Zealand, Switzerland or the Republic of Korea, you won’t need to apply for a work visa in order to work in Germany.  You’ll only need to apply for a residency permit so you can live and enter Germany freely.

If you are from any other country, you’ll need to apply for a visa before coming to Germany. How easy it is to get the visa depends on your qualifications and the industry you intend to work in. Also, if you have family members working in Germany, it will be easier to obtain a visa than others.

Germany has recently introduced the blue card system which is for students from non EU countries to obtain in order to legally stay in Germany and work. In order to be eligible for the blue card, you have to have a college degree and evidence that you have a working contract with a German company, paying you at least 50,000 euros a year. If you are working in an industry that needs more employees, the yearly amount may be lessened to around 38,600 euros per yearly salary.

If you want to study Master in Business Psychology, ISM International School of Management opens its doors to international students. All things said, if you are interested in working in Germany, the top paying graduate jobs are jobs like medical practitioners, portfolio manager and lawyers, among many other job roles. Salaries are typically higher in graduate jobs that are stressful or that are crucial for society to function. The good news is that it’s usually easy to obtain a work visa to work in Germany if you need one so if your dream is to work there, it can be achieved in a pretty simple manner, if you have a university degree and a working job contract.

Guide to your Psychology master’s degree in Germany in 2023