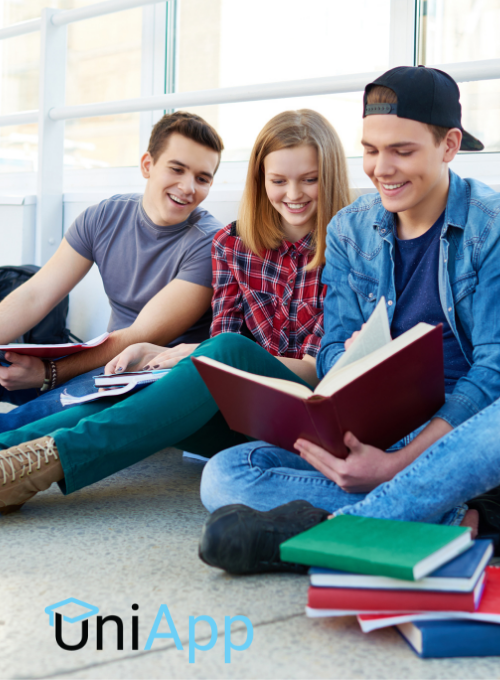 What is the best subject to study in Germany? Uni-app will help you to Plan your studies, prepare your stay and learn about life in Germany.

Germany is the third most popular destination among international students in the world. More than twelve percent of students in universities come from abroad, so if you want to study there but don’t know

REASONS WHY YOU SHOULD STUDY IN GERMANY 2023

Germany is the fourth largest economy in the world and is considered the second most livable country for expats, and the city of Berlin has been ranked among the top 10 cities for students in the world by the QS rankings.

There is also the high quality of student life for most students who decide to study there, but what makes Germany more attractive is the free education available in the country – not only for German or EU students, but for international students as well.

Life in Germany is certainly enjoyable, given the strong education provided by German universities, the promising future of working in the country, the endless forms of entertainment, whether it is through festivals or travel, and many other exciting activities, and a lot of ways different life. All this makes Germany an ideal destination for students.

The German language is the official language in the country, and it has been widely promoted by making it the language of instruction in several German universities, and it is the most widely used European language throughout the European continent.

However, Germany offers many programs in English for those who are not fluent in German.

Below we review a group of the best subject to study in Germany:

German universities are modern and developed and include the latest means in the field of education. German universities provide the possibility of modern scientific training according to the latest devices and equipment in the world of civil engineering, and the Technical University of Munich is the best German university that studies this specialty, and the civil engineering degree in Germany is distinguished by its strength, as this certificate is recognized by all companies in the world, and thus provides its holder with many job opportunities.

Physics and astronomy are among the most important and prominent disciplines taught by German universities, and these disciplines enjoy great support from the government, due to the great importance of physics in research and studies. The student has the right to conduct all the experiments he desires.

In addition, German universities teach this specialty in English in addition to the German language, and the certificate offered by these universities is considered one of the strong and recognized certificates all over the world.

The information technology major is one of the most important and prominent disciplines studied by German universities, and it is a recent specialization that resulted from the great development in the world.

One of the modern laboratories that allow the student to carry out the experiments he desires, and the Technical University of Munich is the best university to study this specialty in Germany, and in addition to this university, the student can study this specialty at the universities of Humboldt, Zu Berlin, Kit University, Karlsruhe Institute of Technology, and Ludwig Maximilian University, and the degree offered by these universities is among the best in the world.

The law specialization is one of the most important and prominent disciplines taught by German universities, and German universities are distinguished by having great experience in teaching this specialty that they have gained over hundreds of years. of jobs, due to its global recognition.

Specialization has a great ability to provide a range of job opportunities for students with good salaries.

The human medicine specialization is one of the most important disciplines taught by German universities. These universities are distinguished by the quality of education and the strength of the curricula they teach their students.

They are also characterized by the great experience of the teaching staff who teach in these universities, in addition to that, German universities have been provided with university hospitals.

It contains all the equipment a student needs to study, and the human medicine degree offered by German universities is one of the best in the world.

Requirements to register in Germany

In order to register yourself and get a student residence permit, you will need a valid passport or national ID card that clearly shows your visa if you need one. You’ll also need a rental contract that has a letter that confirms your address that your landlord or apartment building owner confirms.

You’ll also need to be enrolled officially in a study program in a university within the enrollment time frame.

This “matriculation” process happens when you hand in the needed documents at the university’s student office and pay the semester fee. You’ll then receive your ID card and any pertinent documents and information.

To acquire your residence permit, the required documents are the application form, your national passport, documents verifying your permanent address in Germany and a letter from your landlord confirming that you live there.

You’ll also need to hand in passport photos and proof that you can financially support yourself and confirmation of acceptance into your study program. You can also expect to pay 50 to 100 euros for the application fee. If you are Turkish, this is an exception to the rule as you will only pay 28 euros.

How Much Does it Cost to Study in Germany?

After being impressed with the advantages of studying abroad in Germany, you’ll be pleasantly surprised to know that there are no tuition fees at German public universities.

Because Germany has a federal higher education system, the different German states are responsible for this higher education, and each one has various regulations and admission fees.

However, the state of Baden-Württemberg makes international students pay a general tuition cost of around 3,000 euros yearly. Additionally, privately owned universities are free to set the admission fees that they want.

Even though there are no tuition fees, all German public universities charge administration fees called “Semesterbeitrag”, which must be paid by both EU and international students.

This fee is an administrative fee of about 75 euros and a “Studentenwerk” or student union fee that ranges between 50 and 80 euros. They will also be asked to purchase a semester transportation ticket costing between 150 and 200 euros.

Top 5 Universities to Study in Germany 2023

most of the universities in Germany are top class and are ranked highly compared with other study abroad destinations. There is an excellent university in almost every German city, so it’s worth looking into the city you love the most and checking out the universities there and the programs offered. Whether you’re a Munich girl or a Berliner guy, you can find the perfect university for you that is also excellent academically.

Ranked at number one in the country, Technische Universität München or the Technical University of Munich is located in Munich. It ranks at number 17 when it comes to reputation among employers.

The university was founded in 1968 and focuses on teaching technology at a cutting edge campus. It is among the best 50 universities in the world for subjects like computer science, engineering and physical sciences.

Ludwig-Maximilians-Universitat or Ludwig Maximilians University, also located in Munich, is the 2nd on the list of best universities to study in Germany.

Founded as one of the earliest universities in Germany in 1472, it has almost 60,000 students. Around 15 per cent of these students are international students. A tribute to how great the university is that 42 of the university alumni are Nobel Prize winners.

Ludwig-Maximilians-Universitat is one of the best universities in Europe when it comes to research in many fields. Students can pursue degrees in many subjects like humanities, cultural studies, law, economics, medicine and natural sciences, so if you want to study there, you’ll be spoilt for choice when choosing your degree.

Another highly ranked university in Germany, Ruprecht-Karls-Universität Heidelberg, is also ranked number 34 around the world.

Founded in the year 1386, this is the oldest university in Germany and has the highest score for faculty-student ratio in the country.

When it comes to high performing subjects, the university ranks at the top for subjects like Life Sciences and Medicine, so if this is the area you are going for, it’s worth looking into the university to pursue your study abroad journey at.

The University of Europe for Applied Arts and Sciences (UE University) is an international university located with its main campus in Berlin.

It’s a great university with degree programs in many areas, offering students an extensive university network that is interconnected through the internet.

They offer students graduate and undergraduate degrees in any subject they can wish to pursue, from business to art and design to psychology to technology courses.

The university also offers students who choose to study in Germany there the combination of theoretical studies and the ability to practically implement these studies with practice-oriented study degrees, allowing graduates to leave the school with a unique skill set, ready to excel in the working world.

IU International University of Applied Sciences is another exceptional German university with a unique approach to learning. They offer students a hybrid experience with the opportunity to either study on campus at the two locations of Berlin and Bad-Honnef or pursue a distance learning program.

They are also free to do both together if they choose to do so. This gives students a highly flexible learning experience.

Studying at the university is also a cosmopolitan experience, with around 90,000 students coming together from more than 110 countries around the globe.

94 per cent of students who graduate from the university are hired within three months of graduation because of the tools and knowledge they are armed with during their university studies.

If you’re looking to become a global professional who knows what they are talking about, looking into the IU International University of Applied Sciences is a good idea.

Best universities to study languages and literature in 2022