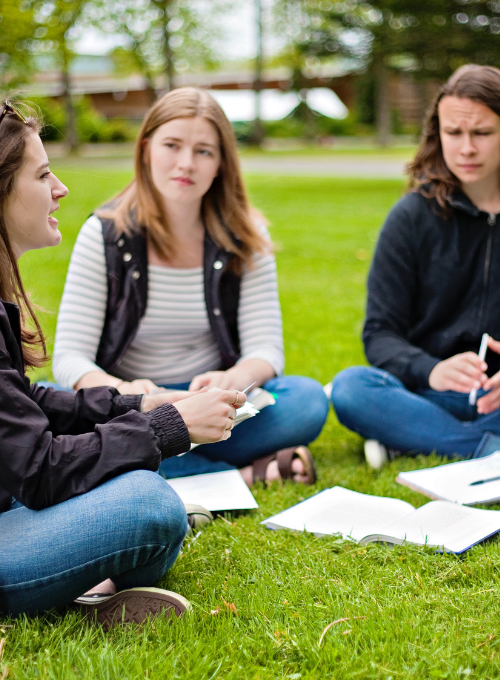 What to study in Canada in 2023? Here’s 5 of the most popular fields that international students are choosing to study

What to study in Canada in 2023? Canada consistently ranks among the world’s ten best countries to live in, and is also the world’s second most educated country, with more than half of its population holding university degrees and education in Canada is compulsory up to the age of 18.

Canada is a major competitor in the higher education industry. Perhaps students don’t know much about Canada beyond its ski slopes and wild moose population.

But there are plenty of reasons why they should study in Canada—that is second largest country in the world in area (after Russia), occupying nearly the northern two-fifths of the continent of North America. Its area is as large as 9.985.000 km2. Canada is populated by nearly 37 million people.

Canada has been said to be one of the best countries in the world in terms of standard of living and quality of life. Canada is widely known for its excellent quality of education, and the welcoming culture of the people.

Therefore, study in Canada would be a life dream for everyone seeking to pursue postgraduate studies all over the world.

More importantly, there are considerable fiends of study in the country where students can safely and assuredly invest their efforts and time into becoming the persons they have always dreamed to become.

Top Courses to Study in Canada for International Students

There are several fields considered the most important for the students aspiring to study in Canada.

One of the fields is computer science. Computer scientists use the theory of software and hardware development, engineering, mathematics, and algorithm formulation. Foremost of the in-demand fields in computer Science in Canada are:

Yet there’s engineering. It’s a branch of science that involves building and design with the use of structures, machines, and engines. Engineering also involves the action of working expertly to bring about the innovation of a design. Some of the most in-demand engineering fields in Canada are:

Canada is also a home for studying law, which is a principle defining accurate behavior or procedure in a country. Law also involves the rule a particular community or country uses to regulate the members of the community or country. On top of the in-demand law fields in Canada are:

Mathematics has to do with numbers and data analysis. Mathematics is the theoretical science of space, quantity, and number either as a theoretical concept or as applied to other sciences like engineering.

The in-demand mathematics fields in Canada include:

students can study in Canada human resource management is the deliberate approach to the productive and successful management of people in an organization or company such that they help their company gain a competitive advantage.

As a student, you can study in Canada media and journalism deal with creating accurate reports, researching events, and distributing reports to the public through various communication channels.

Some of the in-demand media and journalism fields in Canada include:

Studying and working in Canada

Additionally, most students don’t need a work permit to work while they study, whether their job is on campus or off campus. The student’s study permit will state whether they are allowed to work off campus.

If the students  program of study includes work experience, they may be able to work more than 20 hours during the semester. This will be indicated in their letter of acceptance.

If the government approves this condition, the students will be granted both a work permit and a study permit. This work permit will allow them to work on campus only.

A Canadian study permit is the document that allows students to study at a school in Canada.

Once students have been accepted to study at a Designated Learning Institution (DLI), they can apply for a Canadian study permit.

In Canada, there’s a host of universities housing top-notch facilities and providing top-quality education, with dedicated and seasoned professorate. They could be explained as follows:

The University of Toronto is likely one of the Canadian schools you have already heard of! International students choose UofT for its academic excellence and vibrant campus life. 20,000 of them, to be exact. It is also located in the downtown core of the world’s most diverse city.

UBC is an excellent choice for those interested in living in a city while still having access to nature. Living in Vancouver means easy access to the beautiful outdoors, including forest, ocean and mountains.

It has an international reputation for excellence. It’s no wonder it has a population of more than 12,000 international students.

Although it is in the French province of Quebec, McGill is an English university.

The city of Montreal is known as one of the best cities to live in as a student. The cost of living is low and it is home to a vibrant artistic and cultural scene.

This university is one of Canada’s highest ranking universities, and a great option for those interested in studying in French! Located in the city of Montreal, UdeM and its affiliate schools serve 9,500 international students each year.

Hamilton is experiencing a significant job boom in the tech sector. This provides a golden opportunity for those who intend to stay on in Canada following the end of their studies and search for work openings.

Hence, there are predominant specializations in Canada for students to major in, including engineering, computer science, media and journalism. There are more and more fields.

The existence of the internationally reputed educational institutions makes it easy for students to hone their knowledge, acquire their degrees and pursue their career inside and outside Canada.

Reasons to study bachelors in Computer Science in Germany in 2023