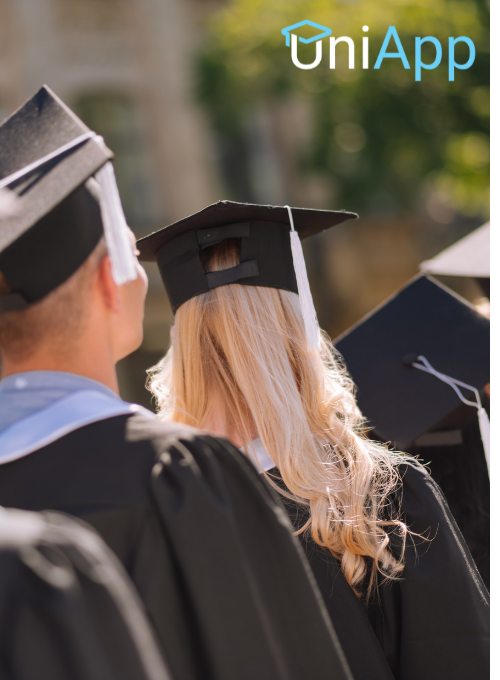 study a Master in Switzerland will give you the opportunity to study within one of the world’s most multicultural. University education in Switzerland is known as one of the highest and best educational systems in the world, and this is what makes it an educational destination for many international students. Switzerland ranks second in the education index issued by the United Nations Development Program in 2019, and Swiss universities are among the top 100 universities. International.

It also ranks ninth globally in the 2015 Global Talent Competitiveness Index and considers Swiss cities to be among the best cities to live in, such as Zurich, Geneva and Basel.

And because it is one of the most expensive countries in the world, the cost of living is high, so students always seek scholarships in it to reduce the costs incurred by them. Read more to know Why should you study a Master in Switzerland?

Read more: 5 reasons why you should study in Europe Why study a Master in Switzerland?

Switzerland is located in the heart of Europe, bordered by Italy to the south, France to the west, Germany to the north, and Austria and Liechtenstein to the east. Switzerland has 412,000 square kilometers of land area and 8.5 million people who speak French, German, Italian, and Romansh. Without a doubt, education in Switzerland is among the most prestigious educational systems in the world. It ranks second after Norway in the United Nations Development Program’s 2019 education index, and Swiss universities are among the top 100 globally, making Swiss education unique. Like Swiss chocolate, it’s a ‘brand’ that students seek out. Studying master’s degree in the country is a landmark experience. The country offers top-quality education at extremely prestigious and advanced facilities. Read more to Why should you study a Master in Switzerland?
1. An array of languages

In addition to Romansh, an ancient Latin language, Switzerland speaks three European languages (French, German, and Italian). You have a plethora of options in front of you. You will not have to devote time, effort, or money to learning a language in order to obtain academic degrees. There is also a lot of English study there.

Who hasn’t heard of Switzerland’s towering Alps, lush forests, and crystal-clear lakes? Nature in Switzerland captivates and diagnoses hearts with its extraordinary beauty, splendor, and prestige. You have the opportunity to enjoy nature, mountain and wild sports during your vacations, recoup your energy, and return to studying and working actively and energetically.

Switzerland is located in the heart of Europe and borders several European countries. It is close to major cities such as Milan, Italy, and Lyon, France, and you can travel to other cities by European express train while enjoying the scenery.

Switzerland ranks sixth in the 2019 World Happiness Report, which is attributed to the Swiss consumption of chocolate, which increases happiness hormones such as dopamine.

7-Tuition fees are reasonable
Given that Switzerland has one of the most advanced free market economies, it is surprising that tuition fees are so low. Students from the EU/EEA and non-EU/EEA typically pay between 400 and 3,700 EUR per academic year. Because living costs in Switzerland are significantly higher than the European average, saving money on education is a significant advantage.

Founded in 1853, the institute ranks second in Switzerland and 40th in the world, and is located in Lausanne.

The institute of Swiss Federal Institute of Technology, which was founded in 1855 and is located in Zurich, is the first in Switzerland and the 25th in the world.

The university, which was founded in 1559, is located in Geneva and ranks fourth in Switzerland and 88th in the world.

The University of Bern

The university, which was founded in 1834, is located in Bern and ranks fifth in Switzerland and 117th in the world.

International University in Geneva is one of Switzerland’s top ten business schools. It is an excellent choice for international students due to its graduate and undergraduate programs. This program is specifically designed to prepare students for international business practices by combining theoretical and practical instruction.

BHMS is one of the world’s top hospitality schools. Its distinguishing feature is that it has designed the quickest bachelor’s degrees without sacrificing educational quality. They combined 18 months of formal education with 18 months of paid tuition. BHMS has students from 65 different countries.

The University of Lausanne began as a theological school and later evolved into a university. She is approximately 450 years old, and approximately half of her students are international students. The university has 190 research units that work in genomics, aesthetics, film, environmental law, and criminology.

The University of Zurich is one of the best universities in Europe, not just in Switzerland. Its location in one of Switzerland’s largest cities allows it to house a large number of Swiss and international students.

Established in 1889, the University of Fribourg is Switzerland’s only bilingual university, with many academic departments and some specialized fields taught in both languages. The university revised its regulations and curricula in 2001 to comply with the Bologna Declaration.

In the heyday of St.Gallen embroidery, the University of St.Gallen (HSG) was founded as a Business Academy in 1898 and gave its first lectures in 1899. Its goal remains to provide a practice-oriented education to over 9,000 students, guided by an integrative view of Management, Economics, Law, Social Sciences, International Affairs, and Computer Science.

9. A large pool of Master’s subjects

Now that we’ve crossed the university off our list, it’s time to learn more about your Master in Switzerland And the options are plentiful – just like the Swiss themselves!

Courses in Business & Economics, Education, Fine Arts, Humanities, and Science & Mathematics are among the more popular study areas. Most Master’s programs last 1.5 to 2 years full-time. Upon graduation, you can usually expect one of the following:

Admission to MSc programs in Switzerland is based on specific eligibility criteria and requirements. Although they differ from university to university, the general ones are the same. Some important prerequisites for international students studying at Master in Switzerland:
• Bachelor’s Degree
• Language Requirements
• GMAT/ GRE Score
• Work Experience
• Passport and Visa

In the end, these were the most important reasons that you should you study a Master in Switzerland? and If you want to study in Europe, apply using the Uniapp online application form and find the best bachelors and masters from top Universities in Europe!